Levoča hit by a supercell storm

A supercell is very common in the USA and can cause a tornado. 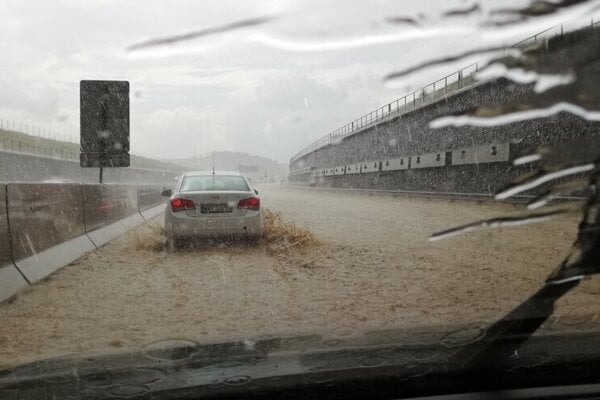 A supercell thunderstorm, which causes heavy hail, damaging winds and even tornadoes, is most common in America, but the Slovak town of Levoča (eastern Slovakia) was hit by one on June 19, as reported by the imeteo.sk website.

Heavy rain flooded several roads, including the D1 highway and others in the city and its vicinity. Following that, firefighters had to clear the fallen trees off the roads in Levoča.

What is a supercell?

Supercells are caused, unlike other storms, by a rotating updraught, also called a mesocyclone. It can be up to several kilometres wide, and it drives the supercell until cool air cuts the storm off its energy, The Slovak Hydrometeorological Institute (SHMÚ) explained.

“We can observe the so-called hook echo, which is one of the most characteristic features of the supercell,” imeteo.sk added.

SHMÚ issued a weather warning against storms for all the regions of Slovakia earlier in the day.