Look inside the Gabčíkovo hydropower plant without water

The facility is undergoing reconstruction. 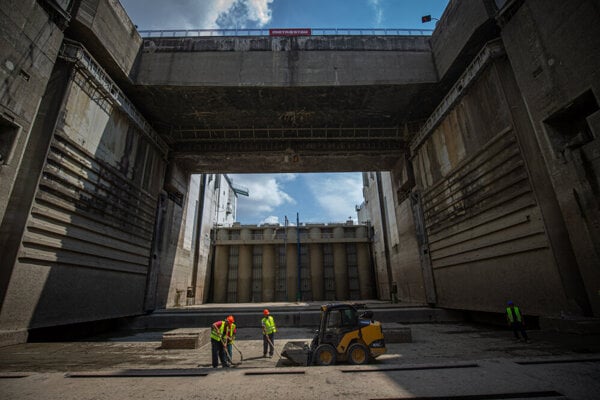 The first lock chamber is empty and there are workers at its bottom. They are working at the upper end of the lock chamber at the Gabčíkovo hydropower plant in the direction to Budapest.

There is a temporary dam that closes the lock chamber. Behind the dam, the height of the water surface is seven metres. On the other end, the surface of the Danube River is even higher, the Sme daily wrote.

The chambers were at the end of their lifetime, said Daniel Kvoreca, head of the Vodohospodárska Výstavba state company, which is in charge of the chambers. Seepages threatened their operation. 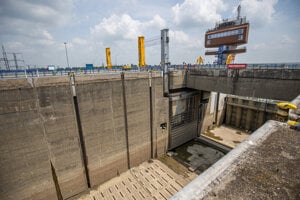 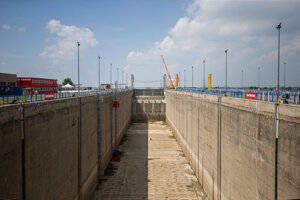 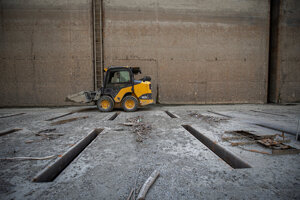 Both will operate in the future

The sailing on the Danube will be ensured by the left chamber, with practically no change for boats.

“Until now, only one chamber was in use as well, the second was not functioning,” said technical director Dušan Voleský, as quoted by Sme.

The chamber was closed because it was in bad technical shape. After reconstruction, the gate should open and close faster, the chambers filled with water at a faster rate as well. Both chambers should be available in the future and transport on the Danube should be faster as well.

The general reconstruction of the chambers has been discussed for four years. It will cost almost €180 million, of which almost €123 million will be paid from EU funds.