Everyday is different in Liptov

Liptov is a spectacular mountainous region in the north of Slovakia. It offers countless natural beauties and tourist attractions for all age groups.

The uniqueness ofLiptov lies within its connection to the mountains and water. For those looking for a summer holiday by the water, Liptov is always the best choice. Apart from the vast Liptovská Mara reservoir, which evokes the sea for many, the region is rich in plenty of thermal and mineral springs. Some are freely available and suitable for swimming and drinking. One of the best-known spots for its natural thermal springs is Liptovský Ján. On the other side of Liptov, the Lúčky Spa attracts people due to its water, which has truly healing effects. 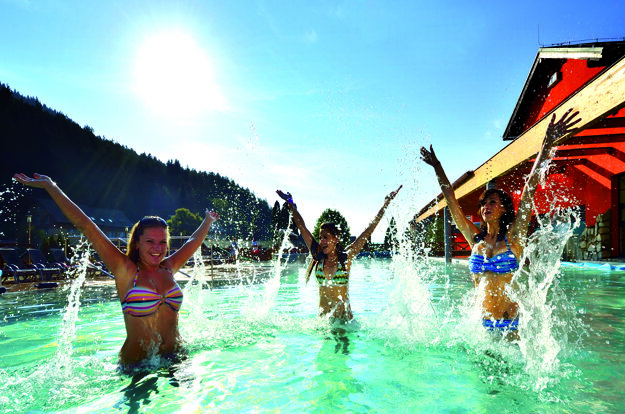 The summer break is what children look forward to the most, and they can cool off in the hot weather in water parks found in Liptov. Tatralania, composed of many waterslides and swimming pools with clear, thermal and sea water, is one of them. Thanks to its Tropical Paradise with a transparent roof, holidaymakers can enjoy the summer and tropical temperatures, regardless of the season. Visitors can even try out the park’s mega water slides, the only ones of their kind in Europe, and a surfing wave resembling the one in Hawaii.

Only a few kilometres from Tatralandia lies another water park by the name of Bešeňová, known as the thermal heart of Liptov. This water park has nine swimming pools with clear and thermal water of up to 40°C. The brown-and-red-coloured water contains a lot of mineral substances, which help people's skin, respiratory system, and muscles. Bešeňová offers not only harmony for people's body and soul but also fun for all family members. For example, they can enjoy seven water slides and the pool with a tidal wave. Liptov has become an actual hub for water adventurers, thanks to the wild rivers andartificial white-water course in Liptovský Mikuláš. Successful Slovak slalom canoeists Michal Martikán and Alexander Slafkovský both trained at the local white-water course, too. The beautiful port of Marina Liptov is also located by Liptovská Mara, and people literally get a coastal vibe here. 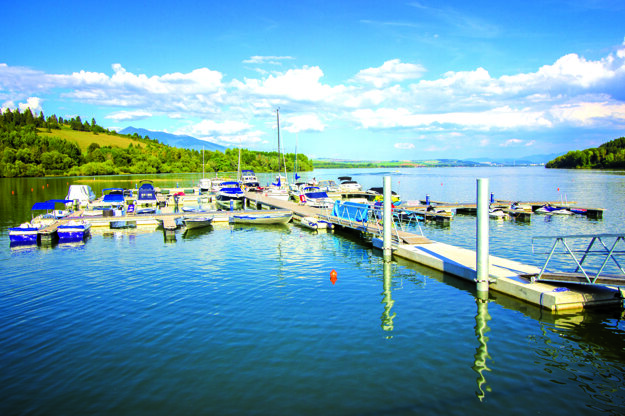 Liptov is surrounded by mountain ranges in all directions. Tourists can enjoy hikes in the Lower Tatras, the Western Tatras, the High Tatras, the Big Fatra and the Chočské Hills. Hiking in the region is rather suitable for average and less physically fit tourists. Thanks to the cable cars that transport tourists to the Chopok peak in the Lower Tatras and Malinô Brdo in the Big Fatra, hiking has become very easy for children as well. There are about 50 marked hiking trails, adding up to 1,185km in total distance.

The local mountains are aparadise for cyclists. Liptov provides 800 kilometres of marked mountain biking trails on terrain of different levels of difficulty. However, fans of road cycling can enjoy magnificent Liptov views, too. 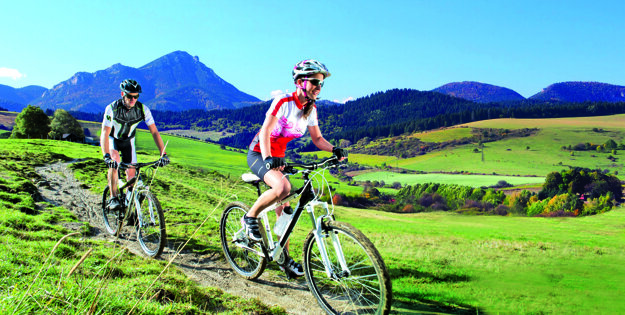 Liptov also hides its natural beauties underground. Local caves belong to one of the most beautiful and most visited ones in Slovakia. The Demänovská Cave of Liberty, which recently hosted the Women's Ski World Cup opening ceremony, is filled with amazing underground beauties. The ski competition returned to Slovakia, held in the nearby Jasná ski resort, after 30 years. The Demänovská Ice Cave, on the other hand, combines impressive rock and ice formations.
Families also favour the Stanišovská Cave in Liptovský Ján thanks to the intriguing storytelling abilities of its speleologists. The Važecká Cave, which is not very well known, and Bear Mining Tunnel (Medvedia štôlňa) in Žiar, near Liptovský Mikuláš, are worth visiting, too. 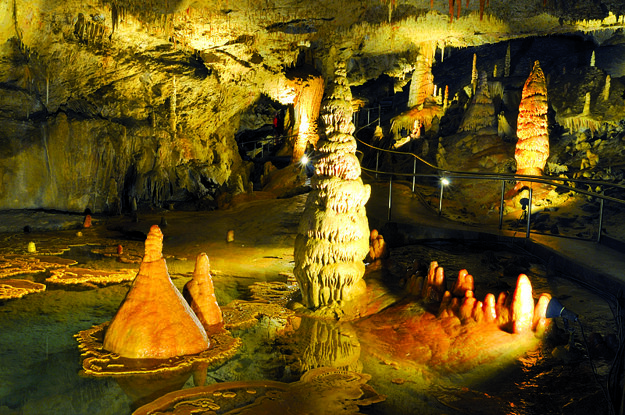 A family game in nature, LIPTOVIEDKY, is a children's event that starts in the summer and lasts until September in the Liptov Region. In fact, spells, legends, fairy tales, the world of mysterious creatures with supernatural powers, and battles between good and evil, attract everyone, including parents. LIPTOVIEDKY allows tourists to become a part of mystical Liptov and discover magical places. Fairy tales also play an important role at the Behind 7 Hills (Za 7 horami) festival, which may be of interest to children aged 3-12. Five puppetry theatre groups will entertain children with their performances from July 4 to 6 in Liptovský Ján and in the Jánska Valley. 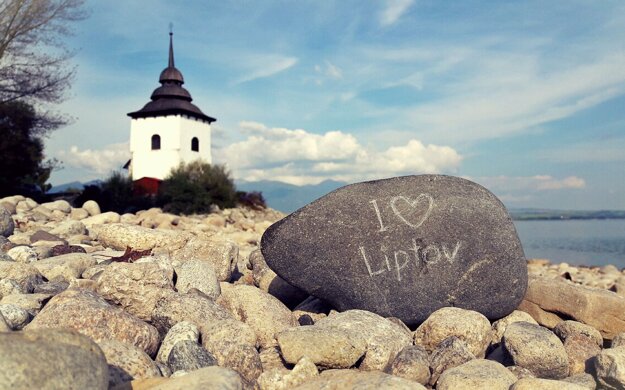 Moreover, vacationers can learn more about the history and hard life of locals in Liptov’s open-air museums (skanzen) found in the villages of Pribylina and Vlkolínec. The latter is listed on the UNESCO World Heritage List.
Liptov would not be what it is without halušky, the traditional meal of potato dumplings blended with bryndza, or sheep milk cheese. Ovčí syr, the traditional sheep cheese, and žinčica, the drink of sheep milk whey, are also typical for Liptov. In this region, visitors can see how sheep are milked and experience life at a mountain farm (salaš), enjoying the picturesque scenery of pastures with herds of sheep at the same time. Salaš Pastierska in the Jalovecká Valley above Liptovská Mara, which is reachable by bike and on foot, and chalets (koliba) Strachanovka, Gréta and At the Good Shepherd's (Koliba u dobrého pastiera), where visitors can taste delicious traditional meals, belong to the most popular traditional restaurants in Liptov. 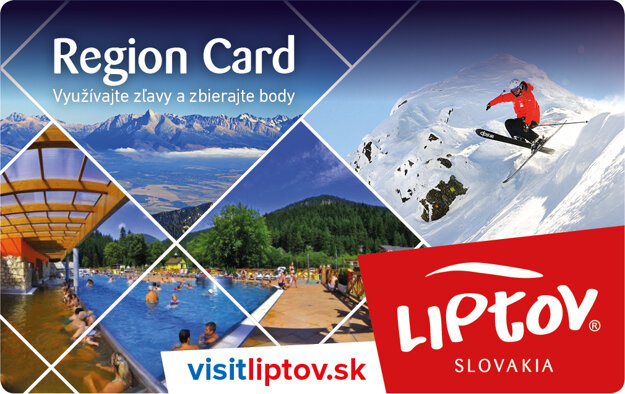 All holidaymakers accommodated in Liptov get the Liptov Region Card for free, which enables them to make use of various attractions for a discounted price. At the same time, they can collect points for each spent euro in the region, which will be charged on the card and can be used later. If visitors stay in Liptov for more than two nights and opt for the full-board package, they will also get mountain insurance included on the card.

In the second half of July, LIPTOVFEST show visitors all sides of the region, including not only its history and traditions but also its modern face, at the two-day festival. The great food, concerts and programme for children, including a blacksmith workshop, will be prepared for festival goers. Those who enjoy dancing can even partake in an effort to break the Slovak record in dancing the Liptov odzemok folk dance.

Thanks to the Jasná ski resort in the Lower Tatras, Liptov is a top region for skiers. In 2016, the Women's Ski World Cup took place in Jasná, the only Slovak ski resort allowed to host this big event. 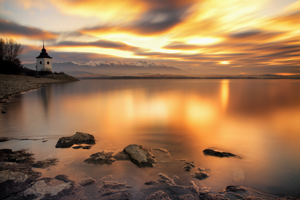 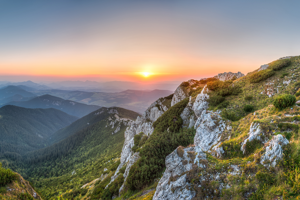 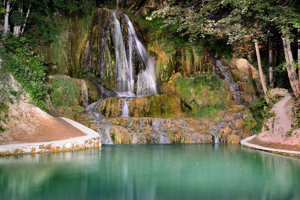 For more information go to: visitliptov.sk 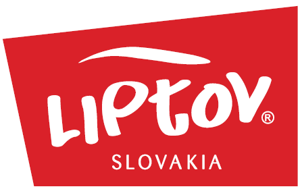 This activity is implemented with the financial support of the Ministry of Transport and Construction of the Slovak Republic.