Five places you need to experience in Slovakia. 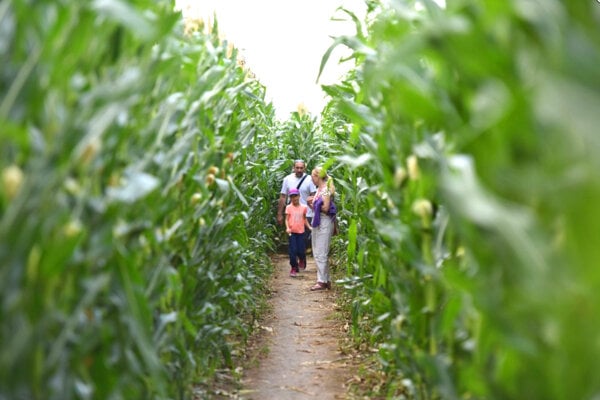 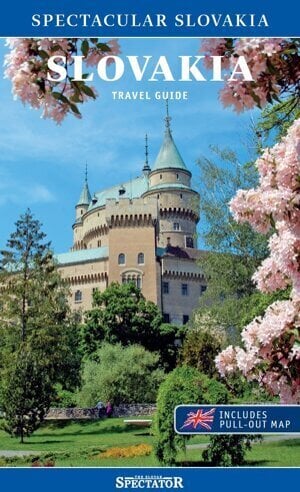 A bath in a crater in the Liptov region, filled with water that has healing powers, is just one of the many lesser known attractions that the authors of the Spectacular Slovakia travel guides have found on their travels around the

In western Slovakia, for the second time around, a cornfield becomes a maze in Vlčkovce near Trnava. These are just some of the places where you can experience a fairytale in Slovakia.

Skalica, a town bordering the Czech Republic, is most famous for its local delicacy, skalický trdelník. But there are more reasons to visit this beautiful town. The Baťa Canal is one of them.

There, tourists can become captains of a boat for a few hours and set on adventures like those of Mark Twain somewhere on the Mississippi. It is thanks to industrialist Jan Antonín Baťa, who decided to build the 60-km-long canal in the 1930s, to make the transport of coal to his factories more cost-effective. 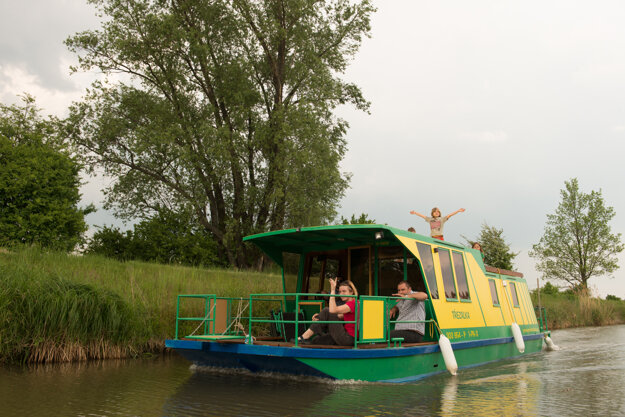 The canal starts in the Czech town of Otrokovice, also known as Baťovo during World War II, and ends in the port in Skalica. Under Communism, it was left to decay, and only in the 1990s it was rediscovered for tourism thanks to the initiative of some locals.

Boat ride enthusiasts can rent a boat and spend an hour or more sailing down the canal.

"They will learn to handle the boat, it is not dangerous at all," says Martina Šebelová, a manager of the port in Skalica. A bike path runs alongside the canal.

A crater in Liptov

The Jánska Dolina valley in the Liptov region is home to several natural springs. The warm ones are traditionally called teplice, while the cold ones go by the archaic Slovak name of mädokýše.

One of the thermal springs is Kaďa, springing out of a crater, or a little travertine lake, on the edge of the village of Liptovský Ján. This place that can be accessed for free can fit eight people at a time. 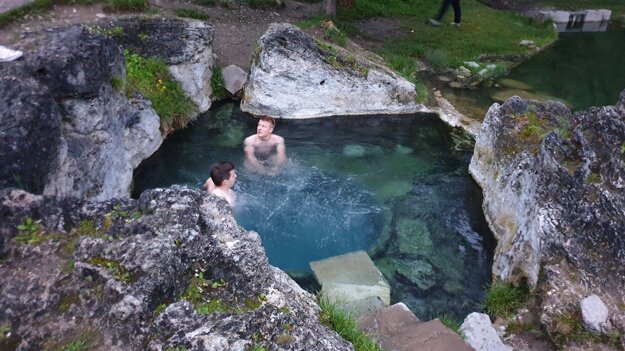 Surrounded by nature, bathing in Liptovský Ján is a favourite spots for locals and tourists. To avoid crowds, especially in summer, it is recommended to come early in the morning or late in the evening.

Near Kaďa, a little shelter houses Teplica Spring, suitable for drinking. The springs in Liptovský Ján are believed to have beneficial effects on rheumatic and stomach ailments.

Some prefer to cool down before entering Kaďa in the nearby brook, just a few metres away from the lake. It is recommended to stay inside Kaďa for 20 minutes at a time, and repeat the bathing regularly.

Lost in the cornfield

A cornfield maze is not an unknown pastime abroad, but Slovakia only had its first one in the summer of 2018. This year again, children and adults can try finding their way through the maze in Vlčkovce near Trnava.

"This summer we have prepared two mazes, one shaped like the Slovak blazon and the other one like the map of Slovakia," says Miroslav Sedlák, who is behind the project. 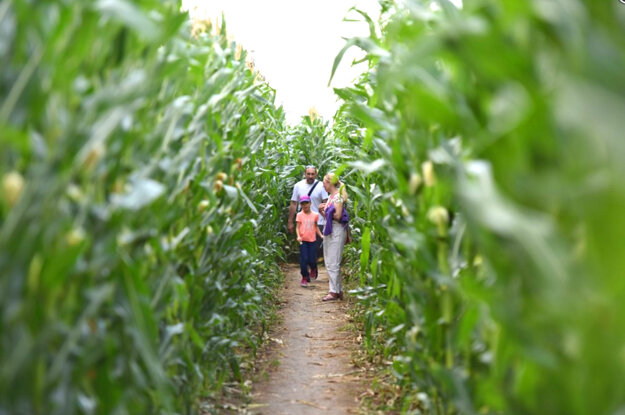 Adults have to follow clues to guess what town they are supposed to be in. Children, on the other hand, must crack the code with animal clues in eight stations. The walk through the maze might take up to two hours.

Even if one becomes lost in the maze for a while, which Sedlák says has already happened, there is no need to yell for help. All you need to do is step out of the circular maze into the field.

The attraction growing in popularity also offers Slovak-style boiled corn and other experiences. In case of rain, the maze closes.

"The problem comes when the maze is full and a sudden storm comes," Sedlák said. "Some people might take even half an hour to find their way out."

One of the places Harry Potter visits in the world of magic is the magic bank, the Gringotts Wizarding Bank. To get to his vault, Harry needed to ride a miner's trolley deep underground.

This type of ride, minus the magic, awaits visitors in the mining museum in the Cigeľ Mine near Prievidza, central Slovakia. 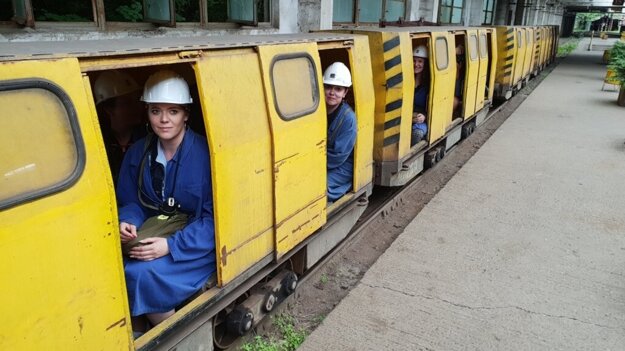 "During the tour we will visit places where miners worked in the past and that have been preserved in their original condition," says Michal Oršula, who worked in the mine for 30 years and nowadays guides tourists underground.

Every visitor receives equipment miners need. And just like in Gringotts, the trip starts with a train ride 80 metres underground. The ride is followed by a walking tour. Since the capacity of the train is limited, tourists are advised to book their tours in advance.

In the bunker with Hitler

During the turbulent 1930s, Czechoslovakia, one of the biggest exporters of weapons at that time, decided to build a strong bunkers even before the war started.

The complex system of frontier fortification, made up of two-floor bunkers, has been preserved to this day in Bratislava. Out of the 15 bunkers that carry the name BS along with a number, only a few have been reconstructed, two accessible for visitors. 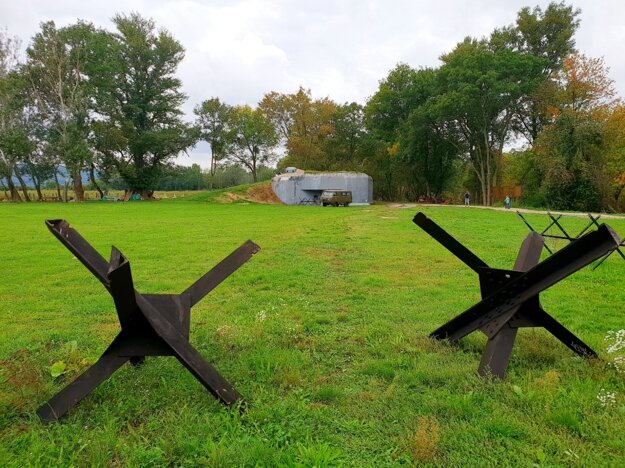 A system of concrete bunkers protected Petržalka in the past. (Source: Ján Pallo)

The biggest one houses the museum mapping the history of the bunkers. It is called BS-8 Hrbitov.

Adolf Hitler visited the bunkers, proven by a photo displayed in the museum.

Bunker BS-8 is located on Kopčianska Street in Petržalka, and can be reached by bus number 80. Another bunker, accessible only by car or bike, can be found at the Berg border crossing.

An urban legend says that a couple who visits the border crossing to watch the sunset will be married within one year.

This summer series with tips for trips around Slovakia is based on the information the Spectacular Slovakia tourist guide reporters have gathered on their travels.