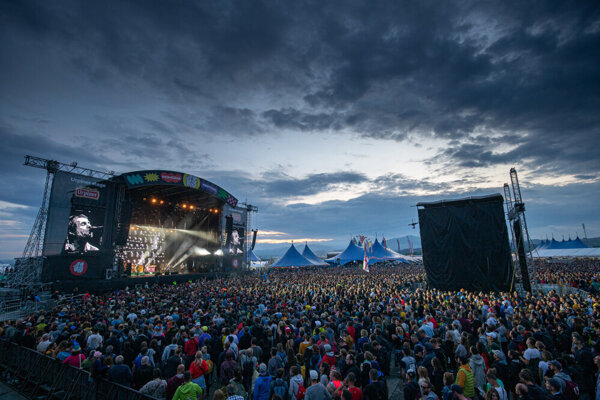 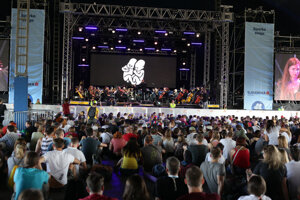 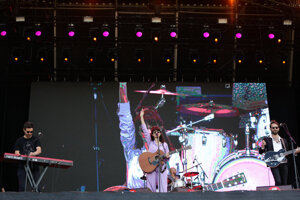 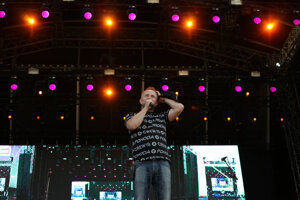 The debate with Slovak President Zuzana Čaputová was among the most popular events. Many people who did not fit into the EUrópa Stage tent stood outside.

The 23rd edition of the festival was opened by a special performance of the Slovak Public Radio's Symphonic Orchestra as Pohoda marked ten years since the 2009 tragedy, during which two young people died.

After a strong thunderstorm, one of the tents collapsed in 2009. Festival head Michal Kaščák considered cancelling the festival entirely in wake of the tragedy.

This year, a short-lasting storm interrupted Slovak band Korben Dallas' performance on the main “Urpiner” stage for several minutes on the evening of July 12.

Kaščák’s decision to go on with Pohoda, strengthening the safety rules as far as on-site construction and cooperation with meteorologists are concerned, turned out to be the right one to make. The festival was sold out a week before its start on July 11. 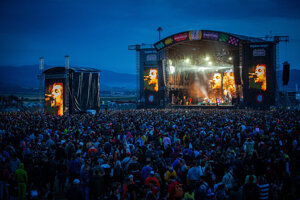 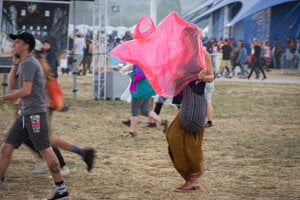 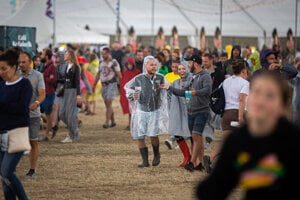 Although it has been only a few hours since revellers left Trenčín Airport, organisers have already promised to launch the sale of the 2020 Pohoda tickets on July 15 of this year.

The line-up for next year is not known, but Swedish singer Lykke Li, who features on Mark Ronson's latest single Late Night Feelings and put out an album in 2018, failed to deliver her performance this past weekend.

The singer was to perform on Friday night, but her flights from Barcelona were delayed and subsequently cancelled due to poor weather conditions.

“I’m so sad to say there is no way I can make it to you in time, safe and sound,” she posted on her Instagram. However, she pledged to make it up to all her fans in Slovakia.

She is expecting to perform at Pohoda next year. However, organisers have denied any speculations so far.

“We will try hard to bring Lykke Li to perform in Slovakia in the future,” Kaščák pledged at the press conference.

Li was replaced with British band Sink Ya Teeth, who had played earlier on a different stage. They praised that opportunity since it was the biggest stage they have ever played on.

Despite this change and minor complaints having been received, Kaščák grudgingly claimed the 23rd edition of the festival was the best to date.

“Our art production manager considers this year as the most complicated one, because the biggest stars insisted stubbornly on their terms,” he added.

Conversely, British artist Lianne La Havas was described as the most gracious and spontaneous performer at this year's festival, winning the hearts of the crowd and journalists.

After three days filled with music, the festival ended with an ecumenical worship service on Sunday morning, a tradition which began the year after the tragedy.

On the last day, organisers announced that next year's Pohoda will take place July 9-11.

Thank you for singing up. Shortly an email will be sent to the address you provided to verify your e-mail.
Error! Please try to register again later, your e-mail was not registered.
Your email is not in a correct format.
Please confirm you are not a robot.
Share on Facebook (152)Comments disabled