Lianne La Havas: I might write a political song one day, but not about Brexit

The British artist, praised by Prince, also played an unreleased song at the Pohoda Festival. 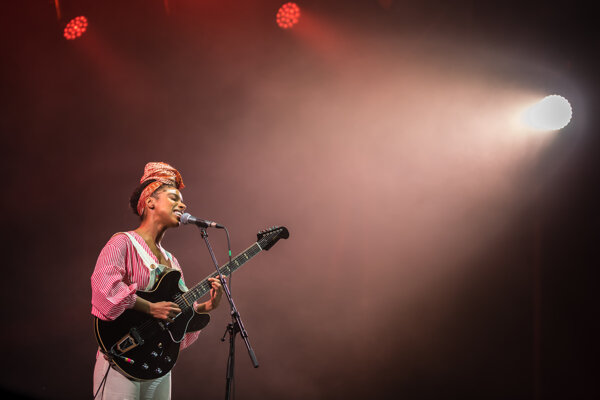 She walked out on stage in the late evening, alone but relaxed, grabbing her guitar to kick off her first-ever gig in Slovakia, at Pohoda Festival in Trenčín, with Green & Gold.

It took Lianne La Havas only a few verses to get people clapping to her opening track, which showed how skilfully she can simultaneously play her guitar and mould every word and note.

“Hello, Pohoda. My name is Lianne La Havas,” she welcomed people afterwards. “It is very nice to meet you. Oh, my God.”

La Havas, who had not been well-known to the Slovak audience prior to the performance, made the crowd listen, not only because of her voice but also her contagious spontaneity, coupled with her backing vocals to the I Say a Little Prayer cover during her one-hour-long set.

The 29-year-old British artist with Jamaican and Greek roots was not a headlining act at Pohoda but delivered, indeed, a flawless, intimate performance on the Orange Stage.