How will Slovak MEPs spend their time? These are the committees they will serve on

MEP from the far-right party will sit on the civil liberties committee. 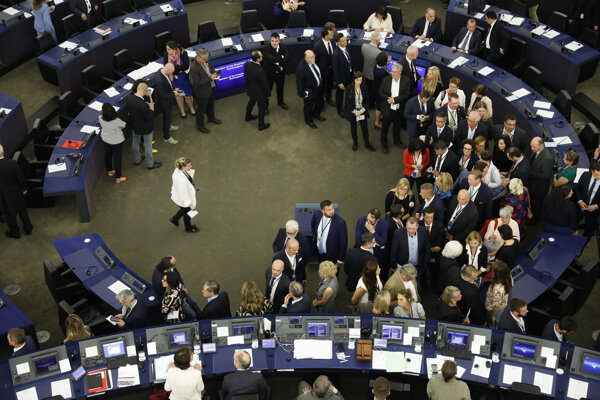 The controversy around Slovakia’s far-right MEP becoming a member of the committee dealing with human rights and liberties has turned the attention of Slovak media to the European Parliament Hemicycle. Looking beyond the controversy, there is another notable issue: it is very rare for Slovaks to hold high posts in this EU institution.

The membership of Milan Uhrík from the far right People’s Party Our Slovakia (ĽSNS) on the Committee for Civil Liberties, Justice and Home Affairs (LIBE) caused controversy back home. Besides him, there are two other Slovak members of LIBE, Michal Šimečka and Vladimír Bilčík (both PS).

Read also: Who are the new Slovak MEPs? Read more

In LIBE, Uhrík will deal with migration, security and human rights. Representatives of this committee also comprised a big part of the delegation that came to Slovakia after the murder of journalist Ján Kuciak and his fiancée Martina Kušnírová, for instance.

Seen from Slovakia, Uhrík in LIBE is akin to a similar controversy in 2016, when ĽSNS first made it to the Slovak national parliament and its MP Milan Mazurek became a member of the Committee for Human Rights. At that time, he was mostly known as the main protagonist of a video that showed him shouting insults and throwing cobble stones at a Muslim family in central Bratislava.

Uhrík, together with other members of ĽSNS party, shot a much-criticised video before the European elections, where they talk about “the real Brussels” full of immigrants who create ghettos and no-go zones in the city.