Danko wants to have a flagpole, but taller than the one in Budapest

The Budapest flagpole is 27 metres tall. 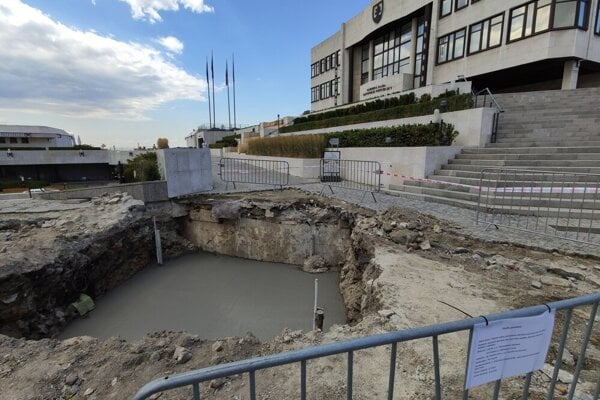 A building site outside the Slovak parliament, where a flagpole will be erected. (Source: Sme)
Font size:A-|A+64

A big hole dug in the pavement by the Slovak parliament building has been catching the eyes of passers-by for a week now. The Chancellery of the National Council of the Slovak Republic is planning to erect a 30-metre-high flagpole on the site, the Sme daily reported.

Such a high mast is somewhat unusual in neighbouring countries, with only Budapest having a 27-metre-tall flagpole. 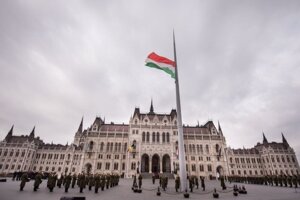 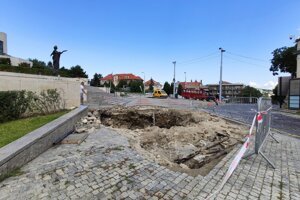 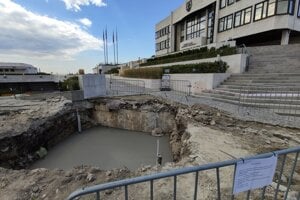 A building site outside the Slovak parliament (6 photos)

“It was Parliament's Speaker Andrej Danko's request to have a mast higher than in Budapest,” said Danko's spokesperson Tomáš Kostelník, as quoted by Sme.

The price of the yet-to-be-erected flagpole, the height of which is equivalent to a 10-storey-building, remains unknown at this point.

Protocol expert Jarolím Antal told Sme that the flagpole should be about five times the width of the flag in height, as well as the flag itself.

However, he went on to criticise the short flagpoles standing outside the parliament today, adding that a 12-metre-tall mast would be sufficient.

The Slovak flag will be erected on the pole on September 1, Constitution Day.