Court will judge Kočner for an unprecedented crime 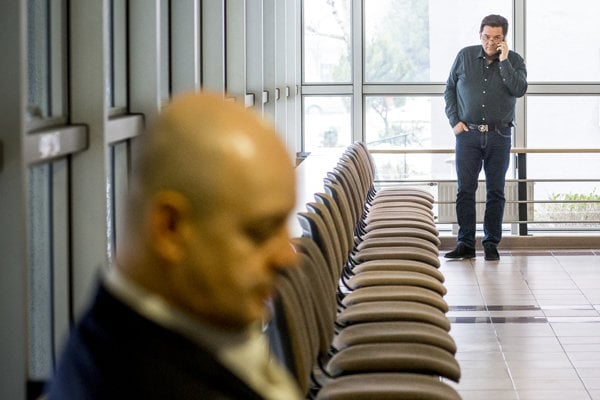 What is the case about and why is it one of the most closely watched cases in the history of the Slovak judiciary?
What is the role of Marian Kočner, the man who is also accused of ordering the murder of Ján Kuciak?
What is the evidence against Kočner and former economy minister Pavol Rusko?

Read this story to find out.

On Monday morning, the Specialised Criminal Court will start hearings in the case of forging promissory notes. Marian Kočner, the businessman who appeared on the police's leaked mafia lists, and former director of the private television channel Markíza, Pavol Rusko, stand accused of marring justice.

The closely watched process is scheduled to last six days, until Wednesday, July 31.

For the first time, the onetime friend of Kočner and former journalist-turned-spy, Peter Tóth, will testify in front of the court against Kočner. He is also a witness against Kočner in the murder case. Kočner is charged with having ordered the murder of Ján Kuciak. Kuciak and his fiancée Martina Kušnírová were killed in February 2018.

Kočner is not coming to the court. He has requested to be judged in absentia. Even so, it is expected to be one of the most closely watched court hearings in Slovakia's history.

Local and foreign journalists are planning to attend. The court has prepared a special room to observe the court session, since it is expected that the public will not be able to fit into the hearing room, which is equipped with the standard 20 seats.

If Prosecutor Ján Šanta manages to convince the court that Kočner and Rusko, who also served as economy minister in the second government of Mikulas Dzurinda, are guilty, they might be sent to prison for 12 to 20 years.

Promissory notes are missing from the books