The first day of trial with Kočner and Rusko brought a big surprise. 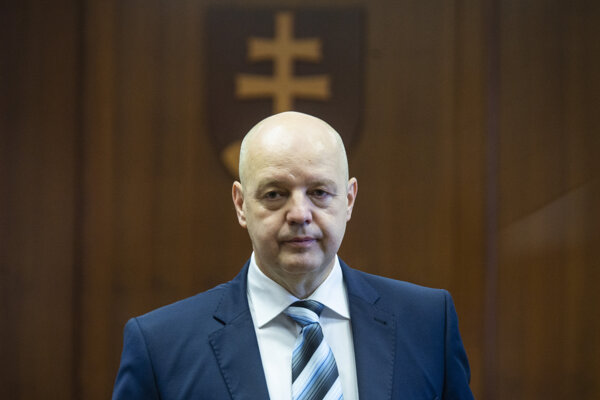 A new promissory note has appeared in the case of promissory notes the police believe to have been forged, which might land the controversial businessman Marian Kočner in prison for up to 20 years.

Hearings in the closely watched trial with Kočner, who also stands accused of having ordered the murder of Ján Kuciak, and former director of the private television channel Markíza and ex-economy minister, Pavol Rusko, started on July 22, 2019 and lasted all day. The case file contains thousands of pages, and the trial is scheduled to last six days, with the next session on July 23.

Until now, Rusko claimed he only signed four promissory notes, altogether worth the equivalent of €69 million. Kočner’s company wanted to claim the money at the court in 2016, demanding that TV Markíza pays the sum. 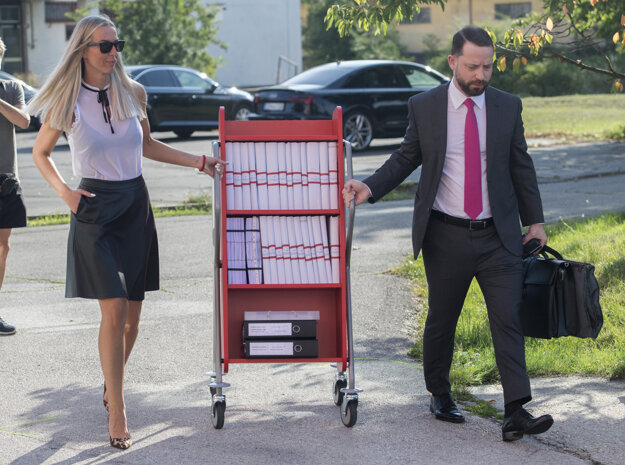 Attorney Marek Para comes to the court with the case file. (Source: TASR)

“I believe the prosecution is not well founded, preliminary proceedings were run one-sidedly, all evidence proposals of the defence were refused,” said Marek Para, an attorney of Pavol Rusko, as quoted by Sme.

Daniel Lipšic, an attorney of TV Markíza, said they request compensation of the damage – costs of lawyers and experts, altogether €2.4 million.

Rusko started off by saying that for the first time, he would give an all-embracing testimony.