Meteorologists issued warnings against storms for entire Slovakia for July 30. 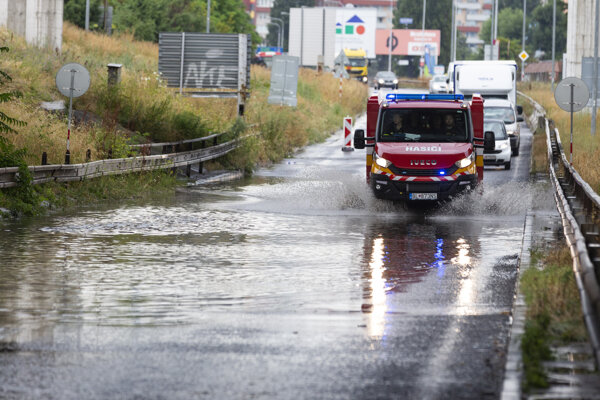 The thunderstorms that struck Slovakia this past weekend caused a lot of damage.

Western Slovakia had the heaviest precipitation on July 27; 50-70 millimetres of rain fell in some places. The water complicated traffic at several places, including Bratislava, where numerous underpasses were flooded.

The fire brigade reported 68 interventions on the evening of July 28, most of which involved the draining of water and removal of fallen trees. A majority of incidences were reported in Banská Bystrica Region (28), followed by Košice Region (16), said Katarína Križanová, spokesperson of the Fire and Rescue Corps Presidium (HaZZ), as reported by the TASR newswire.