Primaeval settlement confirmed in the Tatras

According to the bones found, the inhabitants were hunters of reindeer, chamois, ibex, deer, horses, and even hares. 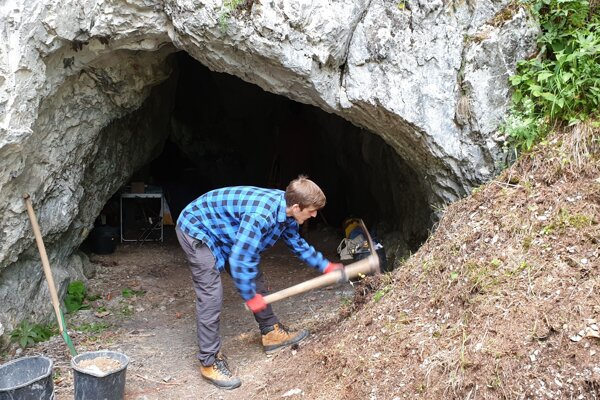 The Hučivá Diera Cave in the Tatra mountains was home to prehistoric people 15,000 years ago. These are the findings of archaeologist of the Slovak Academy of Sciences (SAS), Marián Soják, and Polish researcher Pawel Valde-Nowak of the Jagiellonian University in Krakow.

They concluded their research in the Tatran cave and uncovered artefacts that change the current view of prehistoric settlements in Europe.

“This is the first cave in the Tatras with a documented prehistoric settlement on both the Slovak and Polish sides,” said Marián Soják of the Institute of Archaeology of SAS, as quoted by the press release.

They previously had no knowledge of the settlement of the Tatran caves until the discovery of Hučivá Diera. They did not expect this, because there were glaciers in the Tatras, and the forest border was considerably lower at the end of the ice age. 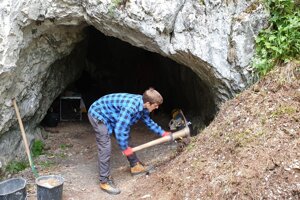 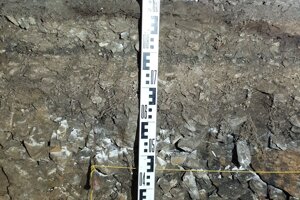 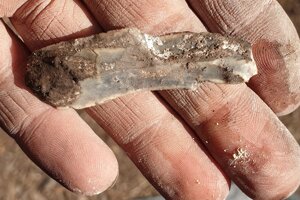 Primeval settlement was confirmed in the Tatras (6 photos)

In the cave they found the bones of animals of prey and the rare chipped stone industry of the Magdalenian culture from the late Palaeolithic era of 14,000 years ago, Soják added.

The Slovak-Polish mission also discoverd a massively deepened fireplace, the ash carbon layer of which is currently being analysed by prof. Tomasz Goslar in Poznan using the radiocarbon method. This will prove the absolute age of the late Palaeolithic settlement, i.e. the anticipated age of hunters, as well as their prey.

“According to the bones found, they were hunters of reindeer, chamois, ibex, deer, horses, and even hares. There was also a bone fragment found in the fireplace which was used for stitching pieces of processed leather from hunted game to produce garments,” the archaeologist explains.

The uncovered stone resources allow scientists to predict the migration routes of prehistoric cave inhabitants. They knew these routes well and were able to get to them from far away areas. They probably came to the Hučiva Diera from the area north of the Carpathian ridge, which forms southern Poland today. This is evidenced by the Polish varieties of flint and Moravian cherts.