The first phase of major Bratislava highway crossroad is open

The complicated traffic situation in the capital should ease a little. 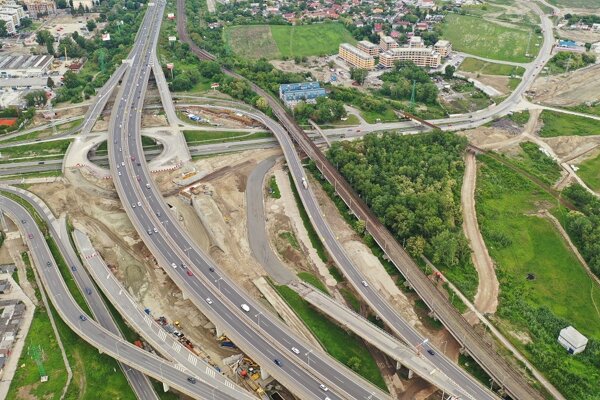 Drivers crossing the capital city have new accessible exits from the D1 highway to Slovnaftská Street in Bratislava. One exit is in the direction of the D1 from Trnava, another one from Petržalka.

They were built within the first phase of reconstruction of the Prievoz crossroad under Prístavný Bridge, one of the crossroads at the R7 motorway.

He noted that construction began later than originally planned, but it was successfully finished one month earlier than scheduled.