It decreased by 2.1 percent y-o-y, reaching the lowest level since April 2017. 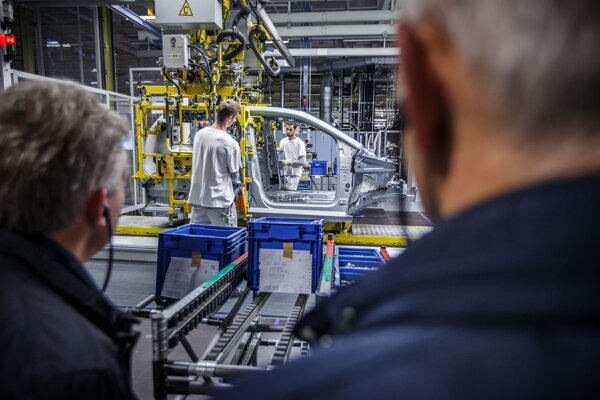 Industrial production decreased by 2.1 percent, year-on-year, and reached the lowest level since April 2017.

The development according to the Statistics Office was affected by a fall in manufacturing by 4.1 percent; the increase in electricity, gas, steam and air-conditioning supply by 15.1 percent; and in mining and quarrying by 10.9 percent.

In terms of the specific groupings of the industrial sectors, which contributed the most to total production decrease, the most significant decrease was recorded in the manufacturing of transport means, by 7.6 percent.

Ľubomír Koršňák, an analyst of UniCredit Bank Czech Republic and Slovakia, said that industry in June 2019 was disappointing, mainly the decrease for car-makers as well as in the chemical industry.

He explained that this is only the second y-o-y decrease since 2013, if disregarding seasonal or holiday decreases. The first one was in December 2017, by 0.1 percent.

“The slowing down of Eurozone and Germany can also be seen in our numbers,” said Mária Valachyová, the main economist of Slovenská Sporiteľna bank, as quoted by the TASR newswire.

Industrial production statistics are significantly volatile in the summer months due to holidays, she added.

Koršňák does not have an optimistic view of the future months for the Slovak industry. European indicators of sentiment have been on the decline in recent months, and the lower external demand might hinder industrial production in Slovakia.

The automotive industry might be an exception mainly owing to the new production capacities and the gradual launching of production in the new, fourth automotive plant. The existing three automotive plants are not expected to contribute to industry growth, and they are also likely to start showing symptoms of a cyclical slowdown, according to Koršňák.