It is possible to combine cycling and hiking. 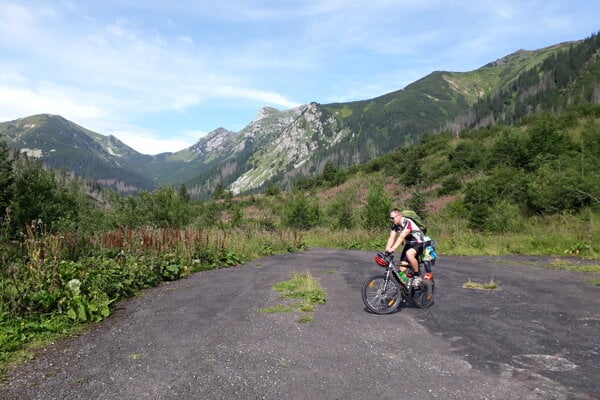 There are several cycling routes in the higher altitudes of the High Tatras, the majority of them being more demanding. The exceptions are the tarmac routes in the Tichá and Kôprová Valleys, also suitable for less able-bodied cyclists.

Altogether, there are 39 marked and recommended routes, the majority of them located at the foothills.

Mountain terrain is not very suitable for cycling tourism and the few routes are very demanding. There are, for example, routes to Sliezsky Dom, Popradské Pleso and the most demanding Zelené Pleso.

Tichá and Kôprová Valleys are an alternative to these routes, suitable for recreational tourists, children and families and seniors.