Investigation of Kuciak and Kušnírová murders may end in November 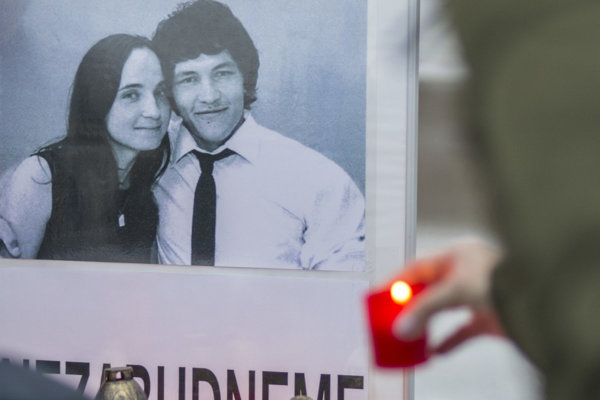 The Special Prosecutor’s Office expects that the investigation of the murders of investigative journalist Ján Kuciak and his fiancée Martina Kušnírová may wrap up by the end of November.

At the same time, they want all parties involved to learn about the investigation file in September, the prosecutors told the journalists during an August 19 press conference.

The supervising prosecutors also stressed that there are no political pressures on the investigation and objected to attacks and connections to certain politicians.

Commenting on the planned detention of businessman Norbert Bödör, one of the prosecutors explained why they cancelled the order to arrest him just minutes later, pointing to some new facts they had learned at the time and the need to discuss the situation with the National Criminal Agency (NAKA).

The prosecutor also criticised some media for how they reported on the case.

The prosecutor’s office is currently working with the version that the person who shot Kuciak and Kušnírová dead was Miroslav Marček.

The prosecutors also reiterated some of the facts that have been reported, like further charges against a group from Kolárovo (Nitra Region) and their plans to murder prosecutor Maroš Žilinka, lawyer Daniel Lipšic and former first deputy general prosecutor Peter Šufliarsky. They are not 100-percent sure that these murders were ordered by Marian Kočner, the Sme daily wrote.

Some information they obtained will result in further investigation since there are suspicions of crimes involving the representatives of some state bodies, the prosecutors said, as reported by the Denník N daily.

Read more articles by the topic
This article is also related to other trending topics
Ján Kuciak, Threema, Norbert Bödör