Kuciak’s sister Mária: I wanted to cry during Fico’s press conference, Janko was also a journalist after all

The families want information that does not harm the investigation to go public. 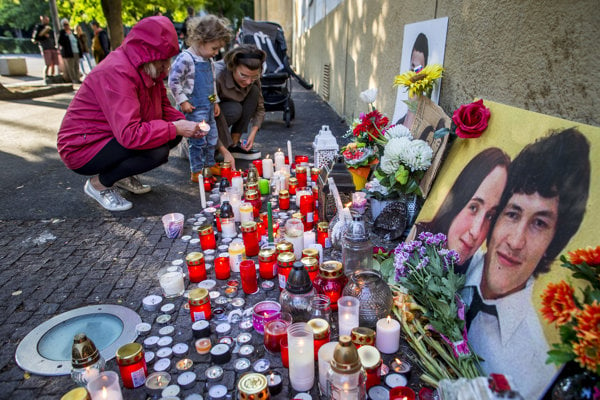 When the media first published the communication of Marian Kočner found on his mobile phone in which he describes his relations with coalition politicians on August 15, Smer chair Robert Fico replied by attacking journalists. Sister of murdered Ján Kuciak, Mária, sent him word that he is spreading hatred.

“Everything that doesn’t harm the investigation needs to be published,” she said in an interview with the Sme daily. “People have to know the country we’re living in.”

What does the so-far published communication of mafioso Marian Kočner sent via the Threema app prove?
This communication proves how much the government and police have been entangled with oligarchs, mafiosi and a murderer. These are the conditions the current government created for people like Kočner.

It’s unbelievable and disgusting how sure Kočner was that he could also get away with murder. The conditions and his self-confidence had to result from something, and the contacts clearly show from where.

The leaders of the ruling parties whom Kočner mentions in the text messages have distanced themselves from him. Do you believe them?
I don’t. And I haven’t expected anything else. I don’t expect anybody to confess publicly. On the other hand, I’m not saying that everything in that communication is true.

I wasn’t surprised how those claiming that they would wait for the results of the investigation have doubted these results and can devalue clear facts. They were obviously used to the police leading the investigation and sweeping everything under the rug like they wanted.

Read more articles by the topic
This article is also related to other trending topics: Ján Kuciak, Threema