President Zuzana Čaputová considers it “indefensible” for Jankovská to remain at her post if law enforcement bodies have a reason to be interested in her communication with Kočner. 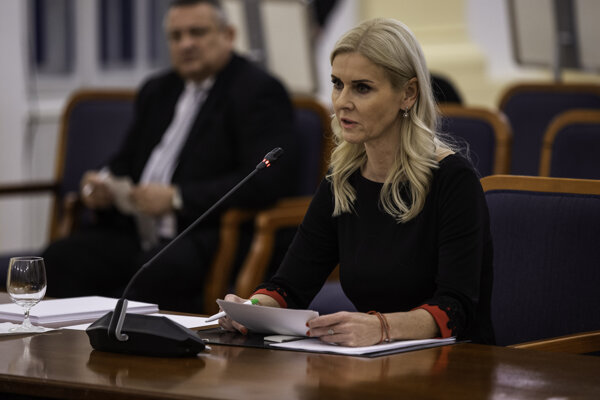 The representatives of the ruling Smer party do not seem bothered by the fact that the police have seized a mobile phone from its nominee, State Secretary of the Justice Ministry Monika Jankovská, and that Marian Kočner called her “monkey” in his communication with Alena Zsuzsová, the Sme daily reported.

Both Kočner and Zsuzsová face charges in the murder case of investigative reporter Ján Kuciak and his fiancée Martina Kušnírová.

What does the coalition say? 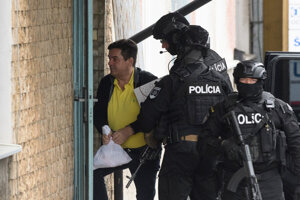 Jankovská had to give police her mobile phone after she had been mentioned in a communication sent via the Threema app. However, she remains in her post for now.

PM Peter Pellegrini (Smer) has said that he would comment on the case “quickly and clearly” if it is proven that she had not acted as a person in her post should.

Meanwhile, Justice Minister Gábor Gál (Most-Híd) does not want to comment or act in the case to prevent the marring of the investigation, his ministry’s spokesperson Zuzana Drobová told Sme.

Meanwhile, his party chair Béla Bugár claims that Jankovská’s future is in the hands of Smer. A similar statement has been issued by another coalition party, the Slovak National Party (SNS), the SITA newswire reported.

Most Smer representatives do not want to comment on other revelations from the Threema communication. This includes Kočner being on friendly terms with ex-interior minister Robert Kaliňák, ex-PM Robert Fico and Smer’s deputy speaker of parliament Martin Glváč.

When asked by Sme about Jankovská or whether he is on friendly terms with Kočner at the August 23 press conference, Fico asked for another question. The daily failed to contact Kaliňák. 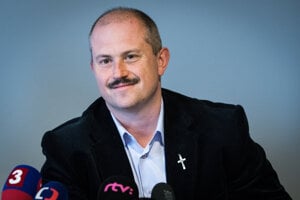 The opposition parties have meanwhile called on Gál and Pellegrini to remove Jankovská from her post.

Freedom and Solidarity (SaS) opines that both the justice minister and the government have enough information to recall Jankovská and there is no reason to wait with the decision, as reported by SITA.

If a person with contacts to the person suspected of ordering the murder of Kuciak remains in the post, it will mean that Slovakia is not following the rule of law principles, said Igor Matovič, chair of the Ordinary People and Independent Personalities (OĽaNO) movement.

“Jankovská told all of Slovakia that she doesn’t know Marian K. and isn’t in contact with him,” Matovič said, as quoted by the TASR newswire. “In fact, she had exchanged more than 1,000 text messages with him before he was detained.”

In his opinion, this proves the links between Smer and the murder of a journalist.

OĽaNO also organised a protest on August 26 held in front of the Justice Ministry. It has been attended by dozens of people who are calling Jankovská's removal from the state secretary post, SITA wrote. 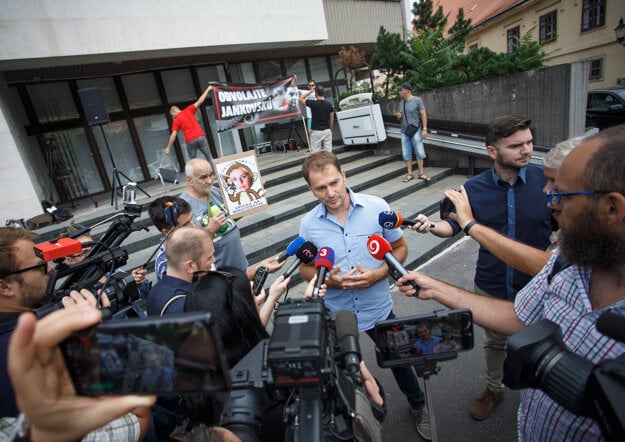 A protest in front of the Justice Ministry building, August 26. (Source: SITA)

Jankovská, who ran on Smer’s slate in the 2016 general election, has rejected having any contact with Kočner.

“I have neither communicated nor met with the accused M. K.,” she wrote on Facebook. 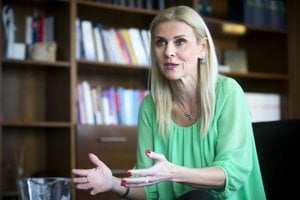 Related articleJankovská: I never took a bribe, we have not been to the villa of Bžán Read more

She also wants to submit a criminal complaint for slander against Matovič, claiming that he based his accusations on rumours.

Čaputová: Slovakia stands at the crossroads

If law enforcement bodies have a reason to be interested in Jankovská’s communication, it is indefensible for her to stay in one of the highest posts at the Justice Ministry, said President Zuzana Čaputová on August 26.

Slovakia is currently standing at the crossroads. The road it takes will show which future our children will live in, she said.

“I believe in the work of investigators and prosecutors,” Čaputová stressed, as quoted by Sme. 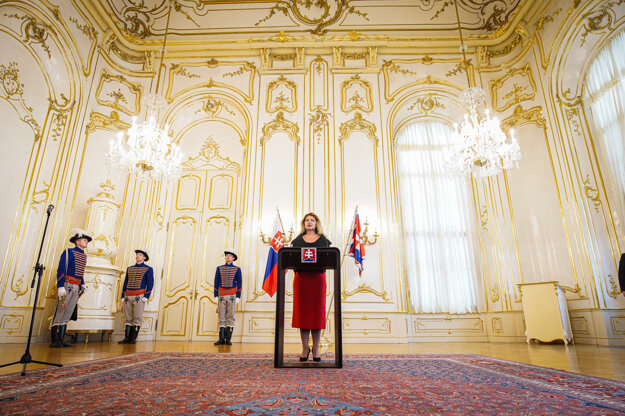 She also called the information recently published by the media disturbing, since it concerns the trust in the state and institutions that are meant to protect us. It seems that certain people have bought justice in Slovakia, she continued.

Čaputová also called for a quick and objective investigation of the murders of Kuciak and Kušnírová and the circumstances that preceded it, while halting the political influences on it. She also wants a trustworthy explanation of who ordered the screening of journalists and prosecutors and why they did it.

“The creation of a net with sensitive information about relatives seems like an intimidation and reminds of the practices from the past,” Čaputová said, as quoted by Sme.

Read more articles by the topic
This article is also related to other trending topics
Monika Jankovská, Ján Kuciak, Threema