The interview with Ronald Blaško, Executive Director of the AmCham Slovakia about the expansion of US investors in Slovakia, the 25th anniversary of AmCham, its plans for the future and more. 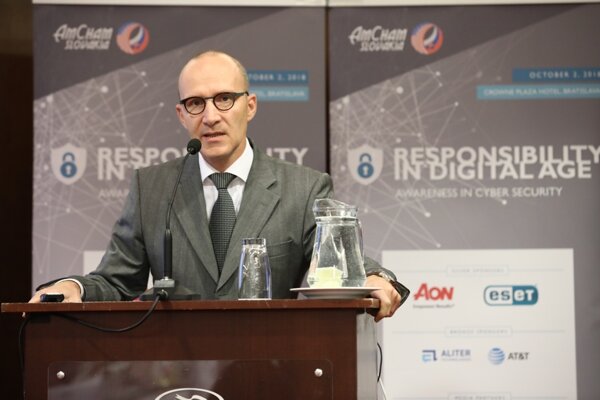 As its existing growth potential gets used up, Slovakia needs to prepare for the arriving automation, increase investments in R&D and raise its own companies developing new technologies to remain competitive. AmCham Slovakia wants to play an active part in this transformation.

The Slovak Spectator spoke with Ronald Blaško, Executive Director of the American Chamber of Commerce in Slovakia (AmCham), about the challenges this transformation brings, the expansion of US investors in Slovakia, the 25th anniversary of AmCham as well as its plans for the future.

The Slovak Spectator (TSS): The steelmaker U.S. Steel Košice (USSK), which faces aggressive competition from countries outside of the EU, has idled one of its three blast furnaces and has announced massive layoffs. How can your organisation help USSK?

The American Chamber of Commerce in Slovakia

The American Chamber of Commerce in Slovakia is a service-oriented organisation. It was founded in 1993 in Bratislava and has since transformed into an international chamber. AmCham currently represents more than 300 companies from 27 countries, of which 40 percent are Slovak companies, 23 percent American and 37 percent other foreign companies. Today, it is one of the most active and professional foreign chambers of commerce in Slovakia. AmCham continuously works on improving the business environment in Slovakia, focusing on human capital, innovations, regional development and the rule of law.

Ronald Blaško (RB): USSK faces challenges that are, in my opinion, of a cyclical character. On one hand and on the other, it is the result of what is happening in the global economy. Unfortunately, AmCham does not have any direct instruments to immediately improve USSK’s situation. What we can do in the long-term is to help improve the local business environment in general, not only for USSK or our other members, but for the entire business sector.

Nevertheless, USSK remains a strategic company for the Slovak economy and even though its situation is difficult, we believe that the Slovak government, with the help of the European Commission, will find a solution that will help this company survive these difficult times. There is already a proposal on the table to compensate energy-intensive companies, including USSK, for energy prices, which are one of the highest in Europe, and make them competitive again.

TSS: What influence do US tariffs on imported steel or other products have or could have on steel producers in Slovakia?

RB: I see this at two levels. When steelmakers from outside of Europe cannot export their steel to the US, they look for alternative markets in order to not reduce production. One such market may also be Europe. This makes it more difficult for European steelmakers to sell their products in Europe. The other level I see is that U.S. Steel remains in this region due to the developing automotive industry, which is one of the main buyers of its products. However, in a situation where the US extends the tariffs to imported cars as well, it will be even worse as the access of European carmakers to the US market will become more difficult.

In such a situation the European Union should think about whether it should keep pursuing the idea of the free market or instead take more of a protective stance. Producers in the EU are also obliged to keep strict environmental and labour standards that are not common in other parts of the world. This, in the end, makes them less competitive. 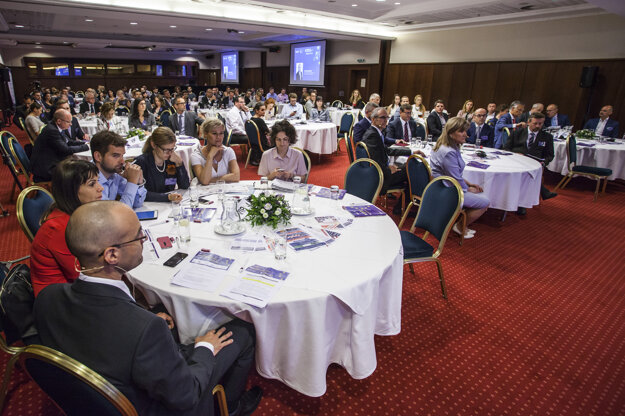 TSS: In July, the US company WildCat Discovery Technologies announced an investment of €100 million in building the production and development of batteries for electric cars. How do you perceive this investment?

RB: The automotive industry in Slovakia, with all the state-of-the-art technologies we have here, is based on the production of cars with diesel or petrol engines, whose invention goes back to the turn of the 19th and 20th centuries. But the future is somewhere else – I do not want to speculate, but it seems that it will either be in hybrid or electric cars. However, the European Union, including Slovakia, is significantly lagging behind in the production and development of batteries and software. Thus, we can only welcome such an investment with a higher added value. It’s only one step to changing the structure of the industry in Slovakia so it is not so dependent on the production of traditional combustion engines. Such investments will enable our automotive industry to keep playing an important role and avoid the fate of Detroit.

TSS: Have you registered any other new US investments or the expansion of existing US companies here in Slovakia?