The For a Decent Slovakia movement mobilised tens of thousands after the murder of a journalist shocked the nation. What will it do ahead of a general election? 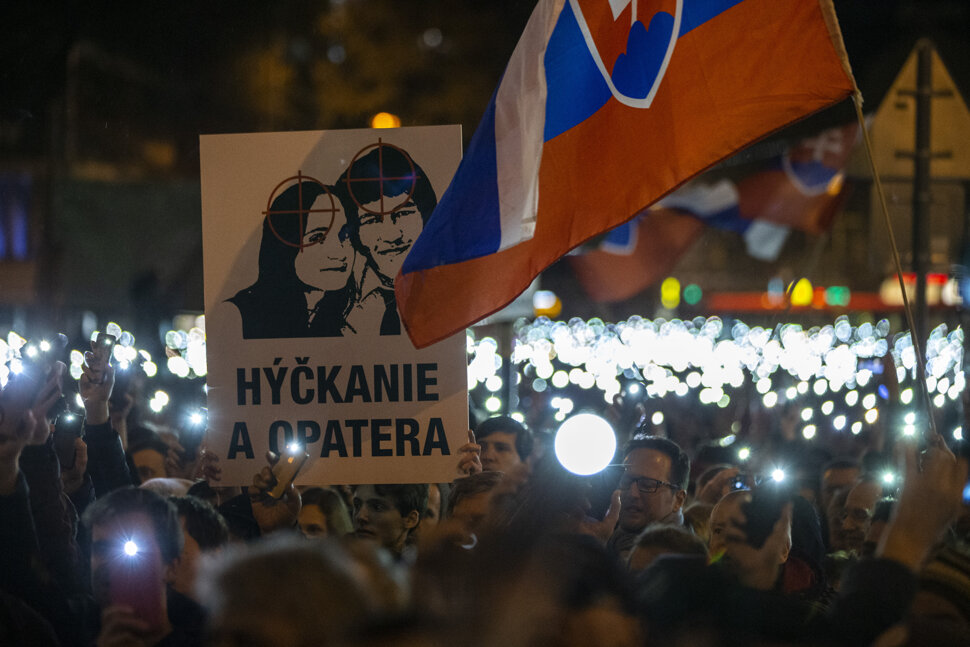 When Slovaks head to the polls early next year to elect a new parliament, two anniversaries will be fresh in voters’ minds.

In November, Slovakia and the Czech Republic will mark 30 years since the Velvet Revolution, a wave of demonstrations that toppled the communist regime in Czechoslovakia in 1989.

And in February, Slovaks will commemorate the second anniversary of the murder of journalist Ján Kuciak’s and his fiancée, Martina Kušnírová, whose deaths in 2018 sparked protests comparable to those of the Velvet Revolution.

Progressive parties will be keen to extract political capital from the memory of both mass movements. If the first ushered in democracy, the second sought to defend it from the corrosive effects of corruption, cronyism and organised crime.

No initiative did more to bring tens of thousands onto the streets in 2018 than For a Decent Slovakia, the self-styled people’s movement that led calls for a “return to decency” in public life.

With parliamentary polls due before March 2020, election watchers believe For a Decent Slovakia could play an important role in influencing the outcome, though much may depend on how it navigates between grassroots activism and mainstream politics.

Parties on all sides will be watching closely.