Cycling on railways, a new attraction in Horehronie

Two pedal draisines on the railway between Hronec and Čierny Balog. 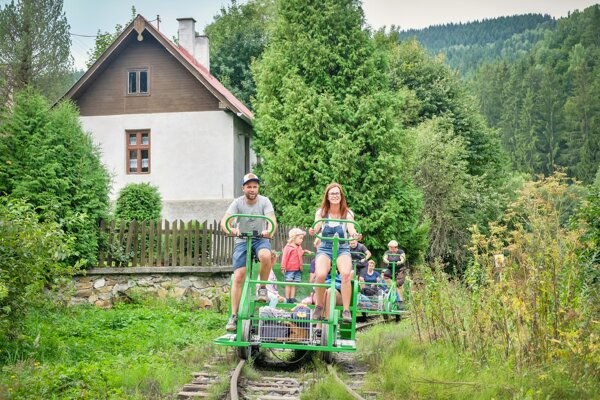 Tourists can now “cycle” on railways between the Hronec and Čierny Balog stations in the Horehronie region. The railway cannot be used properly because of its bad condition so there was the idea of launching the cycling draisine. project.

“Currently, there are two paddling draisines accessible on the railways, borrowed from Poland,” said Aleš Bílek, director of Čiernohorská Železnica, as quoted by the TASR newswire.

Two people can paddle at the same time and two or three other people can sit on the draisine. 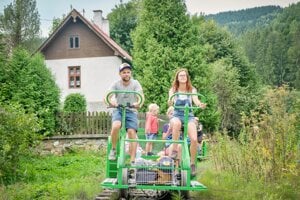 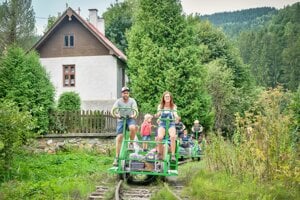 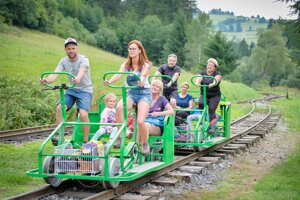 “We are proud to bring the attraction to the region as the first of its kind in Slovakia,” he added, as quoted by TASR. 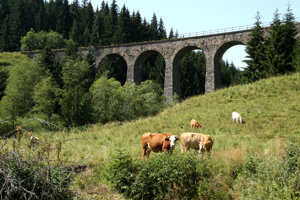 In another way, this project gave access to the popular forest railway route that leads to the nearby meanders of the metallurgical valley. The draisine goes over the first cast-iron bridge in the Hungarian Empire.

Horehronie is known as a bike and e-bike region because there are more than 1,400 kilometres of cycling routes leading through the region.