Foreigners' Police office in Žilina has moved to a new building

The online booking system will get an upgrade too, the police pledged. 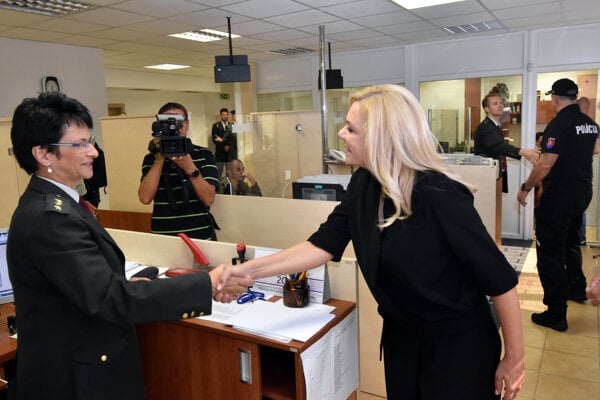 Foreigners falling under the Foreigners’ Police department in Žilina should prepare for some changes. The department moved to new premises, which are closer to bus and railway stations, and foreigners can access it on foot.

“The Foreigners’ Police have recorded a constant annual increase in applications for all kinds of stays in recent years,” said Interior Minister Denisa Saková, as quoted in the press release.

To improve the workplace and services, the police have also brought the office in Žilina and its field office in Kysucké Nové Mesto under one roof.

“This department will be the most advanced,” said Ladislav Csémi, the director of Slovakia's Border and Foreign Police (ÚHCP). 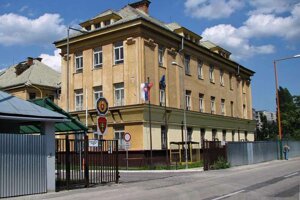 “Another counter has been created for non-EU nationals in the reconstructed building, which was not possible before,” the interior minister said.

She hopes that the changes will result in shorter waiting periods in the Žilina department, where about 30 police officers are employed. To date, only a few of them could actually help foreigners at the counters due to the lack of space.

The department in northern Slovakia received 2,592 applications in the first half of 2019, up by 73 percent than the year before (1,498 applications).

At the same time, the police have recorded an increased number of applications across Slovakia year-on-year, by 25 percent in the first half of 2019. 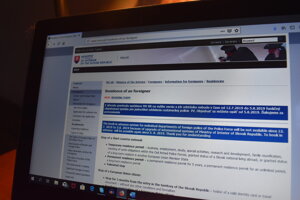 Not only is the new headquarters of the Žilina department more accessible but also provides more parking spaces. It was moved from Bánovská Road to Janko Kráľ Street, in the city centre. The new office opened on September 2.

The reconstruction of the Žilina department cost €150,000.

The police reconstructed the offices in Bratislava, Prešov, Michalovce and Banská Bystrica. The reconstruction of the department in Dunajská Streda is underway. A new office in Ružomberok is said open on October 1.

It has been a few months since the police launched the online booking system, but will become more interactive soon, Csémi promised, as reported by the TASR newswire.