How would a minimum wage proposal impact the automotive sector in Slovakia? 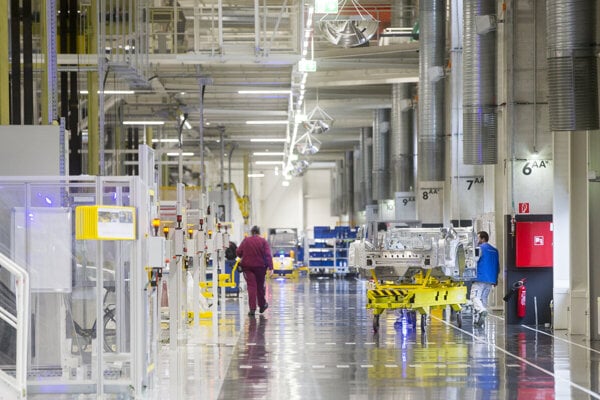 When PM Peter Pellegrini (Smer) met with the representatives of carmakers in Slovakia at the beginning of this year, he promised his cabinet would not adopt any measures during the year that would increase their production costs.

Nine months later, his promises may be broken by the MPs of coalition parties who want to push through a package of social measures. These may impact also carmakers whose production currently comprises one-tenth of Slovakia’s GDP.

Smer MPs propose to connect the minimum and the average wage, which may steeply increase some costs already by 2021. Meanwhile, the deputies of the Slovak National Party (SNS) want people taking care of children to have five extra days off.

“If these amendments are approved, they will bring a drop in Slovakia’s competitiveness,” said Pavol Prepjak, deputy head of the Slovak Automotive Industry Association (ZAP). Since these are parliamentary proposals, they have not passed a standard review process.

Related article Quality instead of quantity. MPs should think about the laws they submit, businesses say Read more

Meanwhile, the country’s economic growth is slowing down and there is a possibility of a new economic crisis. At the beginning of the year, it was expected that the GDP would rise by 4.5 percent annually, but the growth in the second quarter of the year was only 2 percent year-on-year.

Pellegrini has already announced he would like to meet with the representatives of carmakers.