Macejková is one of the candidates running for the post of Supreme Court president. 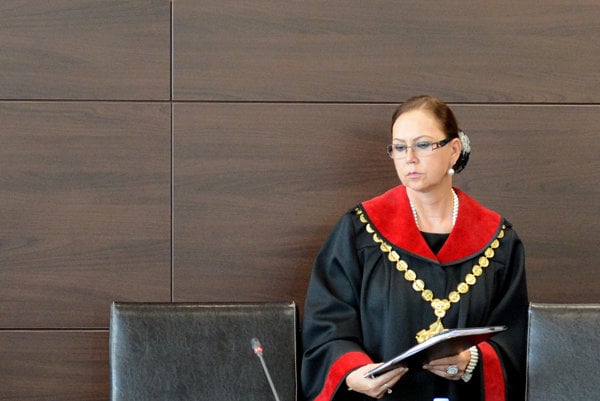 It is not possible to look at the thesis for which Ivetta Macejková, former president of the Constitutional Court, was granted an LLM degree in 2016.

A reporter of the Denník N daily was reading the thesis for some time, when the rector of the University of Security Management in Košice, Marián Mesároš, came and took it.

Macejková later said that she would not allow the thesis to be read.

The case happened only months after the media reported about the plagiarism scandal involving Speaker of Parliament Andrej Danko, Denník N pointed out.

The reporter wrote that Macejková’s thesis, similarly to works by other prominent graduates, was taken under a more restricted regime shortly after the scandal.