A legend returns: The Land Rover Defender will be made in Slovakia 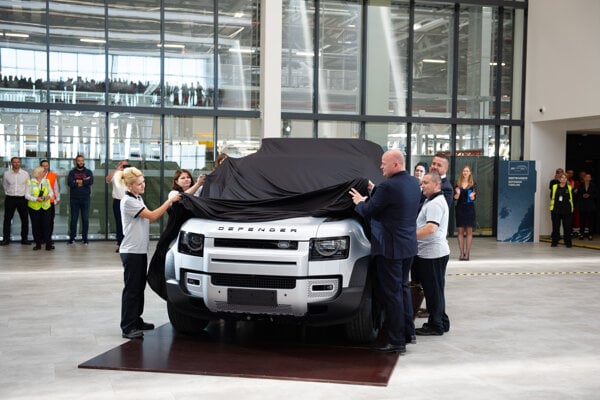 Jaguar Land Rover reveals the new Defender model, which will be produced in its Nitra plant, Slovakia. (Source: Courtesy of JLR)
Font size:A-|A+352

British carmaker Jaguar Land Rover (JLR) has introduced a new version of its iconic Defender, which will be exclusively manufactured in Nitra.

“The new Defender, which meets and even exceeds the strictest global regulations on emissions and safety, will be sold on 128 global markets,” said JLR chief commercial officer Felix Bräutigam, as quoted in a press release.

The very first Defenders rolled off the production line in the 1980s, but their production was stopped in 2016.

The new model, which will come to the market next year, was subjected to 62,000 technical tests, and its prototypes were exposed to different terrains, such as the desert and the Arctic, covering over 1 million kilometres around the world. 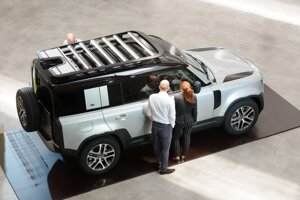 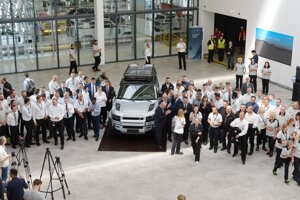 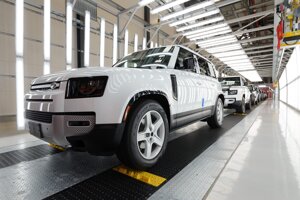 JLR has been producing 4x4 models since 1948 and exporting them to almost 130 countries. The company built its plant in Nitra, where 2,6000 people work, last year. The investment amounted to €1.4 billion.

“The new Defender respects its past but is not bound by it,” said JLR design director Gerry McGovern, as quoted in the press release. “The car’s striking silhouette and optimal proportions strengthen its unique personality.”

Although the new model can still be identified with its older versions, the Defender 90 model will provide six seats, while the 110 can be built as a five, six, or 5+2 seater. This is possible due to a dash-mounted gear shifter, which is one of the presented new solutions.

The optional folding textile roof, on the other hand, provides an open-interior experience.

“We fully preserved the stunning capabilities of the Defender and its minimalist, functional interior in an effort to rediscover this icon for the 21st century,” said Nick Rogers, executive director of product engineering for Land Rover, as quoted in the press release.

Upon launching the sale, new Defenders will include four-cylinder and six-cylinder petrol engines, as well as four-cylinder diesel engines. The Plug-in Hybrid electric cars will complement the Nitra-based production of Defenders next year.

For instance, the new model contains the Terrain Response function, which aids experienced travellers to adjust to real-time conditions in off-road terrains.

Another technology available to drivers is Land Rover’s ClearSight Ground View that displays the space ahead of the front wheels, usually hidden under the bonnet, on a central touchscreen.

It is the first time JLR will also include a new infotainment system entitled Pivi Pro, which is said to be more intuitive and user-friendly, on the screen.

The new Defender will be equipped with the upgraded version of Software-Over-The-Air (SOTA), which will download updates anytime and anywhere requiring absolutely no involvement of a driver.

“We began to accept orders today. The production will start in few weeks,” said Russell Leslie, JLR operations director in Nitra, as quoted by the TASR newswire.

Thank you for singing up. Shortly an email will be sent to the address you provided to verify your e-mail.
Error! Please try to register again later, your e-mail was not registered.
Your email is not in a correct format.
Please confirm you are not a robot.
Share on Facebook (352)Comments disabled