The ambassador must explain offences and denigration of state symbols during a EURO qualification match. 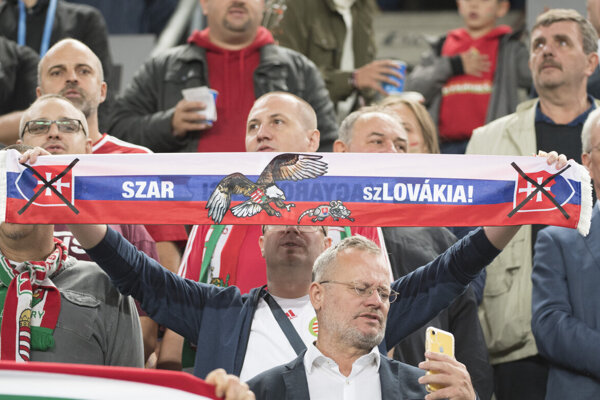 Incidents of offensive anti-Slovak slogans and the denigration of state symbols occurred during the EURO 2020 qualification match between Hungary and Slovakia held in Budapest on September 10.

The ministry meanwhile condemned the incidents and the signs of nationalistic hostility during the match.

“Such expressions are unacceptable not only in the stadium, but also anywhere else,” the ministry said, as quoted by TASR.

Moreover, such incidents are very dangerous as they have the potential to disrupt relations between the two countries, it added.