The map Around Apollo takes visitors to the last industrial remnants of the new downtown of Bratislava. 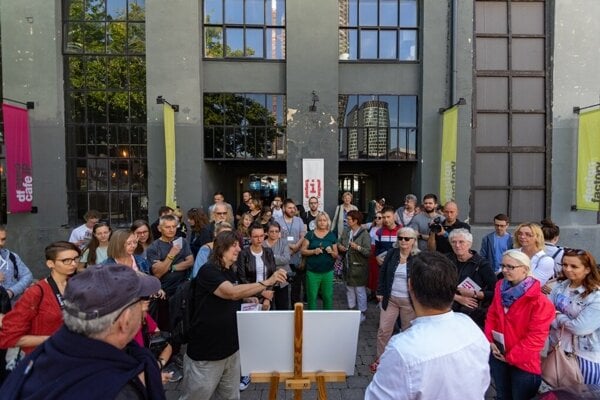 The locality of the new downtown of Bratislava near the Danube River used to be the biggest industrial zone in the city. Today the last few industrial buildings recall this phase of the city’s development. Moreover, there is a real threat that one of them, the Design Factory, will be pulled down to make space for further high-rise buildings. It is a historical industrial building converted into a successful social and cultural hub.

“While the old industrial buildings are often perceived as a burden for the development of this zone, we see them as a potential,” said architect Tomáš Hanáček from the Faculty of Architecture of the Slovak Technical University in Bratislava. “Examples from abroad show that they can be successfully incorporated into the new urban structure and adapted for new usages, from which new developments can benefit.”

The Design Factory was one of seven stops of the Around Apollo industrial walk. The walk took participants of the fifth edition of Industrial Days held between September 15 and 16 to the last industrial remnants in the new downtown of Bratislava. Now those who want to know this locality better, can do it with help of the Slovak-English map Around Apollo available at the reception of the Design Factory.

“Since its inception, this industrial zone has brought prosperity to the city and without it Bratislava would not be what it is today,” reads the map.

More than two dozen factories used to operate, of which the remaining Apollo Mineral Oil refinery left the most significant imprint. It launched in 1896. On June 16, 1944, US bombardiers dropped bombs on the refinery, along with the nearby river port of Zimný Prístav and the only bridge across the Danube in Bratislava. The refinery resumed operation, but only to process oil until a new one, its successor Slovnaft, was built on the outskirts of the city. Apollo ceased operation in 1963 and other companies began leaving the zone, too. 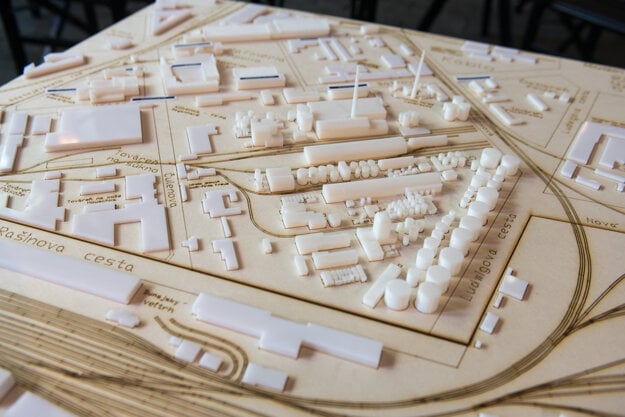 In the 1960s, there arose the first ideas on how to transform this industrial zone on the border of the Old Town and incorporate it into the city. The so-called Presscentrum, now Tower 115, was first. Later the new building of the Slovak National Theatre. The re-development of this zone and its industrial environs intensified after the fall of the communist regime and is now in full swing. A new city centre or downtown dominated by high-rises has been growing here. The most important development projects include the Sky Park project comprising residential and office towers designed by Zaha Hadid Architects and built by Penta Real Estate; the new bus station by the developer HB Reavis, also behind the Twin City and Twin Tower office buildings, and Klingerka by J&T Real Estate. The Eurovea and Panorama residential towers have been built on the embankment of the Danube.

The seven-stop map takes people to 11 buildings that look strange in terms of today’s development.

“They are crowded by towers, but don’t be fooled – they are essential evidence of the radical development of the city worthy of our attention,” reads the map.

The heating plant designed by prominent Slovak architect Dušan Jurkovič is one of only two historical industrial buildings with the status of national cultural monument in this industrial zone. This protects them from demolition, but makes them more difficult to adapt to new usages. 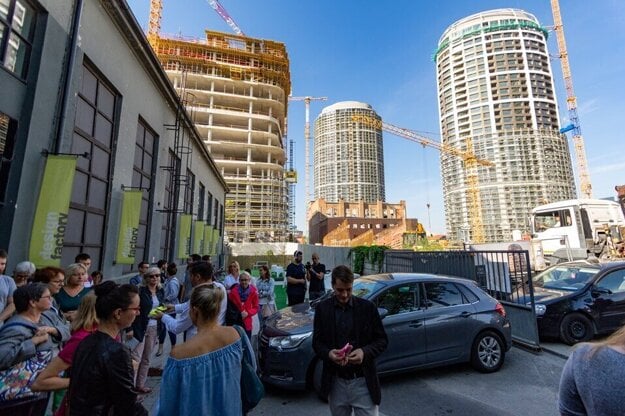 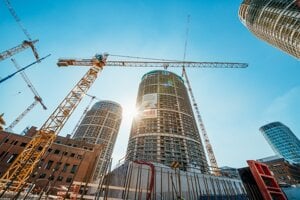 The former heating plant is part of the Sky Park project and it is undergoing reconstruction and conversion into a cultural hub and co-working space.

“It is a good example of how a protected historical industrial building can be adapted to new usages in the 21st century,” said Hanáček while guiding the industrial walk.