Sudanese cartoonist: Censorship not just something in some far away land

Khalid Albaih found freedom of expression on the internet because there was nowhere else. 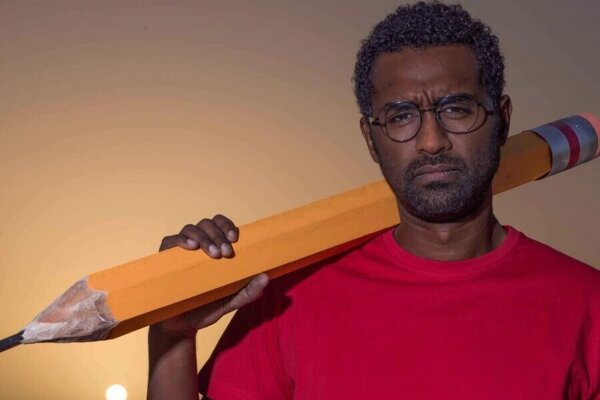 A Romanian-born, Sudanese cartoonist currently living in Copenhagen after spending many years in Doha, Qatar, Khalid Albaih is unsurprisingly reluctant to pigeonhole his identity.

“I’m Muslim, I’m black and I speak like a Harvard white guy; I gladly embrace all of these things. Identity should be a race to embrace as much as possible,” he told The Slovak Spectator.

Albaih spoke at a panel discussion, Central European Forum: On the Freedom of Speech, on September 13 in Bratislava for [fjuzn], a multicultural festival that aims to build trust and understanding between Slovaks and foreigners in Slovakia, and which this year was on the theme of identity.

He spoke exclusively to The Slovak Spectator about his beginnings as a cartoonist, forced exile from his homeland, the pernicious influence of social media and how he plans to build Sudan’s first ever public library.

A lot to say, nowhere to say it