Climate strike: Time for discussions is up. It’s time to act 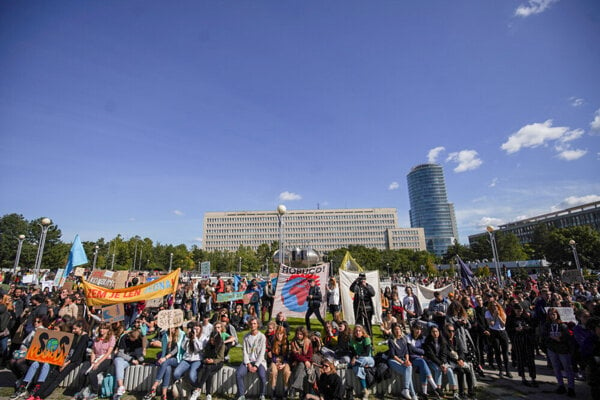 “The time for discussions and long talks about how and whether the problem should be solved is up,” said Emma Zajačková, one of the organisers, during the September 20 climate strike protest in Bratislava. “It’s time to act.”

She called on people to help them with their efforts to save the planet. She called on parents and teachers to educate children about climate change, and journalists to write about what we are doing to the planet.

“Climate change is the biggest challenge humankind has ever faced,” Zajačková said.

The event was organised in the capital by the Fridays for Future Slovakia student initiative for the fourth time. Apart from Bratislava, it was also held in Banská Bystrica, Košice, and Žilina, attended by several thousand people. 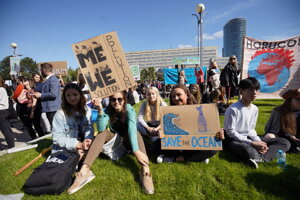 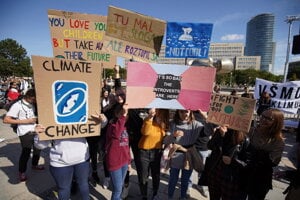 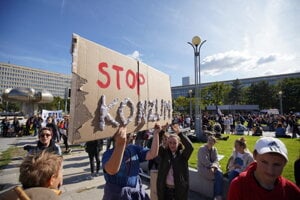 The speakers on the stage warned of the impacts and called on the participants to behave responsibly and on authorities to act and bring solutions to save the planet. In Bratislava, the crowd of some 2,000-3,000 people marched from the Námestie Slobody square to the parliament, chanting mottos like “There is only one Earth” or “Change the system, not the climate”.

It was also praised by President Zuzana Čaputová.

“I used to say that we’re the first generation that is seriously experiencing the impacts of climate change and the last generation that can do something about it,” she wrote on Facebook. “That’s why I’m glad that these young people are taking the initiative, and thanks to them, the climate crisis is becoming one of the big topics here and on the global level.”

Although the president was not present at the strike, since she is on her way to New York City to attend the UN Climate Summit, she met with the organisers a week before.

The demands authored by Fridays for Future Slovakia 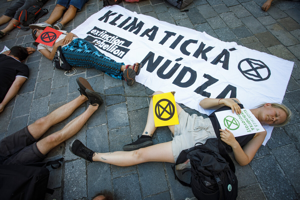