Grandparents are the most important audience of the climate strike

While older people are the least willing to change their habits, they are also most likely to vote. 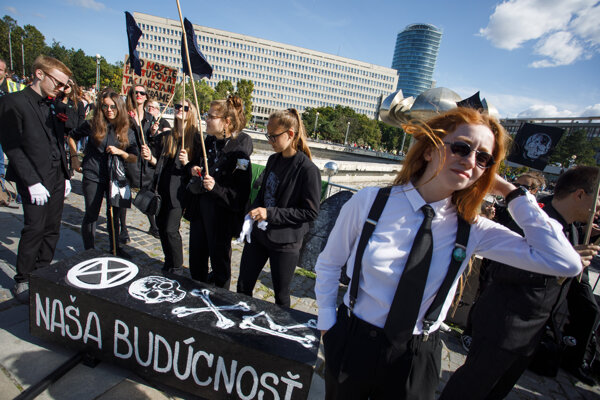 Most democracies require voters to be at least 18 years of age. But they don’t have an upper limit on voting age. Perhaps they should.

Students and young people led Friday’s global warming strike ahead of a United Nations climate change summit. But international political leaders are not their most important audience. Their grandparents are. As one Australian student marcher’s sign summed it up: “You’ll die of old age, I’ll die of climate change.”

During these divided political times — with clear splits between urban and rural voters, rich and poor, the more and less educated — perhaps biggest split comes is young and old. Older people elected Trump and supported Brexit. In Slovakia, they have been Smer’s most reliable supporters. If recent polls are any indication, they still are.