Voyage through the lowland of Žitný ostrov, the largest river island in Europe. 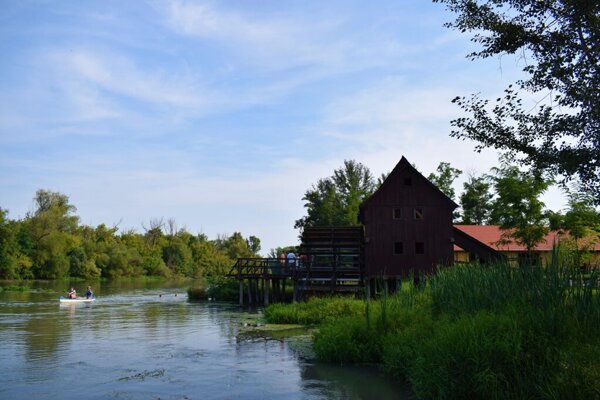 The most international river of the world. Its river basin reaches 18 countries, flows through 10.

From Germany to the Black Sea.

The Danube, named after the Roman God, Danubius.

The longest river in the European Union. The long-standing frontier of the Roman Empire.

The most biodiverse region in Europe

In Bratislava, near the Slovnaft refinery, the Little Danube splits from the main river and runs more than 128 km. Until it flows into the longest Slovak river, the Váh, near the longest wooden river bridge in Europe and a floating watermill, in Kolárovo.

It is more quiet than its mother. Meandering through the lowland of Žitný ostrov, the largest river island in Europe, once inhabited by Etruscans and Celts.