Poll: Progressives, Spolu and Kiska are stronger together

The former president not rushing to create triple-coalition, though. 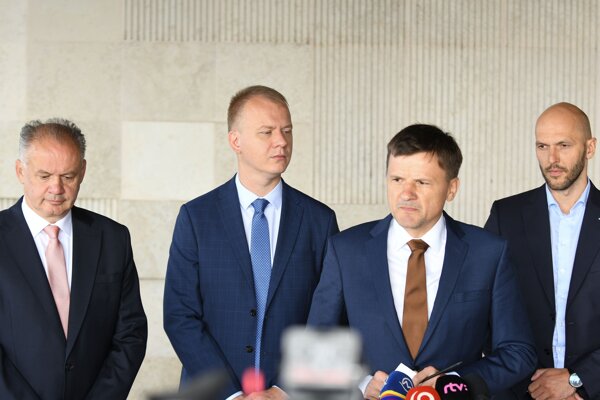 The latest numbers suggest that the three new parties aspiring to lead the campaign against the current Smer-led government could match Smer's numbers if they joined forces in a pre-election coalition. Not all of them are enthusiastic about the coalition for now.

If the election had taken place last weekend, Smer would have won with its standard 20-plus percent, while nine other parties would have entered the parliament. The Focus polling agency collected data for the poll between September 13 and 18 on 1,018 respondents. The poll was ordered by the Progressive Slovakia and Spolu coalition.

Smer came in first with 21.9 percent, followed by Progressive Slovakia and Spolu on 13.4 percent.

Sme Rodina, the Christian Democratic Movement (KDH), Ordinary People and Independent Personalities (OLaNO) and Freedom and Solidarity (SaS) would also make it to the parliament with the following numbers:

Read more articles by the topic
This article is also related to other trending topics: Koalícia PS SPOLU