Problems with breaking the encryption on the iPhone X have also been reported abroad. 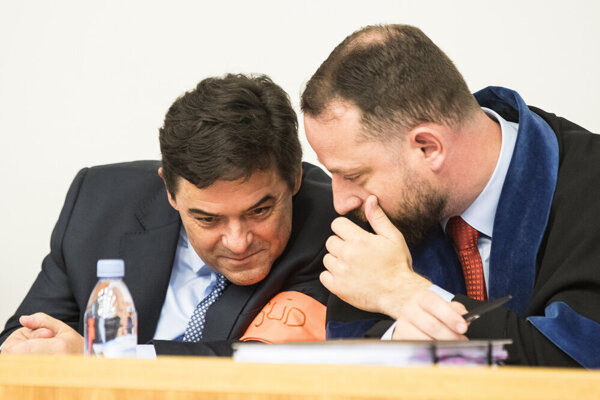 Despite the leaked communication from the mobile phone of Marian Kočner, including his conversations with then state secretary Monika Jankovská about corrupting judges, both are confident in their public appearances.

Neither of the two has been charged in this connection. Jankovská, now serving as judge, labels the communication as nonsense, while Kočner, now in detention, is not commenting on it. His attorneys make statements suggesting that they are likely to try and question the communication as proof.

The police got Kočner’s phone from his friend Peter Tóth. After they broke through the encryption, it turned out that it contained messages that Kočner exchanged with several people, relevant to the promissory notes case Kočner is facing court trial for, the murder of Ján Kuciak he has been charged with ordering, and other cases of influencing and corrupting people in top positions.

But the way the police broke the encryption in Kočner’s phone might complicate the use of the communication as evidence in court.

Related article What we have learned this summer Read more

The prosecution will need to prove beyond a doubt that the communication has not been tampered with and changed in any way, and that it can be viewed as authentic in terms ofmpenal law.

The prosecutors overseeing the murder investigation stated in August that they considered the detained communication to be authentic and that it will lead to a further criminal prosecution. They also said they had an expert opinion on Threema, but did not give any further details.

At the same time they said that, for instance, Kočner had been charged with ordering the murder of Kuciak even before they studied the Threema communication, and thus it was not the sole reason to press charges against him in this case.

The lawyers of the families of Ján Kuciak and Martina Kušnírová consider the communication authentic.