A newly opened junction near Dunajská Lužná to ease traffic

The construction is part of the D4/R7 road project. 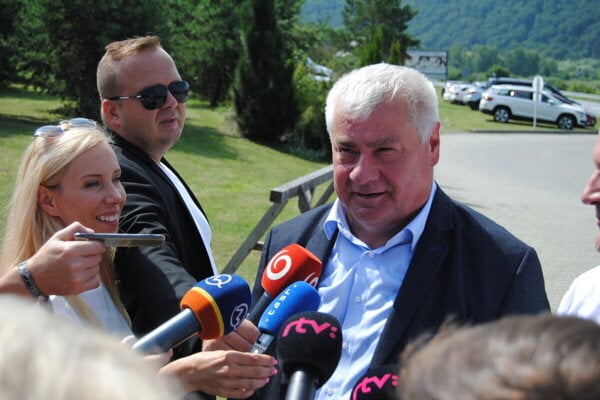 Drivers travelling to and from Bratislava from the direction of Šamorín had to use a road diversion near the village of Dunajská Lužná (both in south-west Slovakia) for more than a year. This will change now as a new interchange was opened close to the future R7 carriageway on October 8.

It was built as part of the D4/R7 ring road project that will lead from Bratislava to southern Slovakia.

“It is part of the construction that is necessary for making the highway passable,” Transport Minister Árpád Érsek (Most-Híd) said, as quoted by the TASR newswire. Similar construction segments will be handed over gradually, he added. 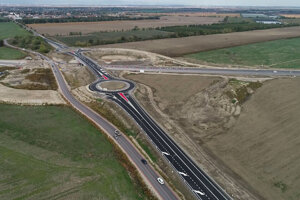 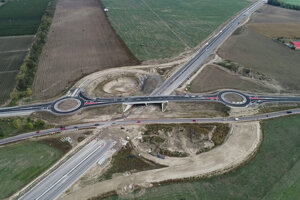 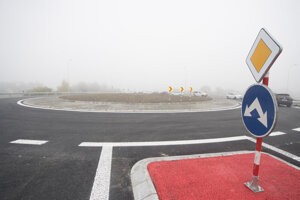 Companies in charge of the ring road project, Zero Bypass Limited and D4R7 Construction, are planning to put part of the R7 under construction, on the route from Holice to Ketelec in the southwest, into use next spring.

Some stretches within the D4-R7 ring road project in the vicinity of Bratislava should, indeed, be opened in April and October 2020, TASR wrote.

The R7 dual-carriageway should stretch from Bratislava to Lučenec (Banská Bystrica Region) once it is completed. It is expected to run through Dunajská Streda, Nové Zámky and Veľký Krtíš. 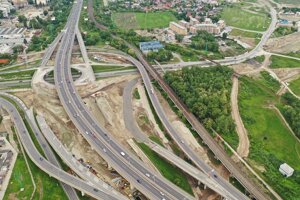 After the stretches within the R7 are opened, the traffic between, for example, Dunajská Lužná and Šamorín might be minimised, Érsek said.

“About 20,000 cars pass through Dunajská Lužná every day, which complicates the lives of people there and in nearby villages,” he added, as quoted by TASR.

This has also been confirmed by Jorge Sanz, who represents the D4R7 Construction contractor. Apart from relieving the traffic, the opening of the R7 stretch near Dunajská Lužná next spring will improve the serviceability of the area and reduce accident rates in this section, he added.

As the interchange has been opened, the temporary diversion will be closed in order to complete the R7 dual-carriageway and make part of it accessible, Tomáš Bežila, a representative of Zero Bypass Limited, said.