Čaputová on Threema: We should be just when demanding justice

The president labelled the Threema scandal, if confirmed, “the biggest failure” of the Slovak judiciary. 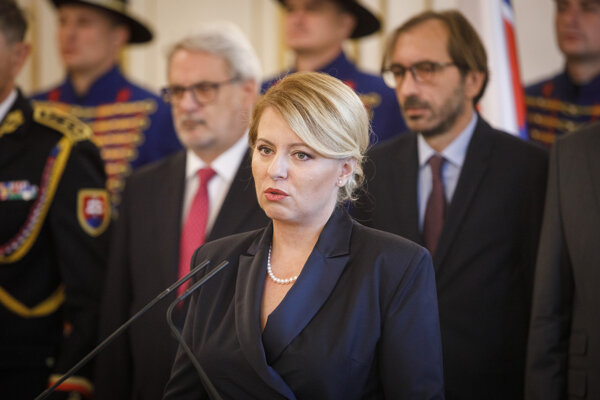 "Let us be just when we call for justice," President Zuzana Čaputová told citizens in her reaction to the suspicions of court corruption that have been making headlines in Slovakia in the past week.

>>> Jankovska in Threema: What are the suspicions of corruption at courts about?

The Threema messages between former state secretary at the Justice Ministry, Monika Jankovská, and Marian Kočner as reported by Denník N, suggest Jankovská groomed Bratislava V District Court judge Zuzana Maruniaková for Kočner, as well as other judges. At one point in the leaked communication, Kočner refers to Jankovská as “the godmother” of Maruniaková.

In late August, Jankovská, Maruniaková, and four other people had to hand over their mobile phones to the police. The police announced on October 10 that they have launched criminal prosecution in this connection.

In her reaction on October 11, Čaputová labelled the suspicions, if confirmed, to constitute "a proof of the biggest failure that could ever appear in the judiciary".

Silence does not suffice