The construction of the new bus station in Bratislava has progressed 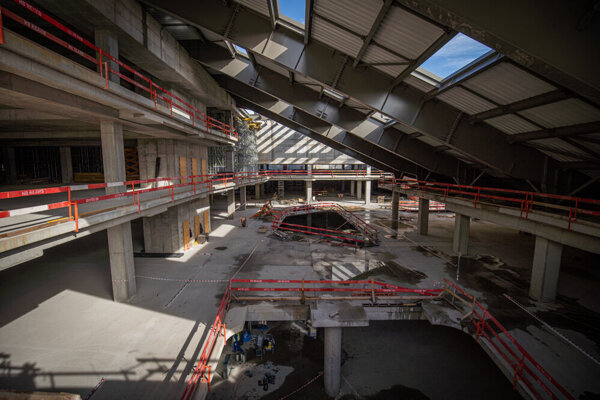 The construction of the new bus station in Bratislava and the reconstruction of nearby Mlynské Nivy Street are moving ahead. The constructor is currently planning the final concreting of the ceiling and is working on the steel structures. The last one should be mantled in late January 2020, the developer, HB Reavis, informed. 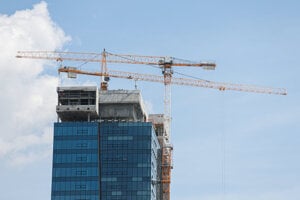 The interior of the new bus station has also been formed. The concreting of all load-bearing structures and the façade of the nearby 125-metre Nivy Tower building will soon be finished, too.

“The steel constructions are part of the future market hall and atrium,” said HB Reavis. “They will create a roof that allows the sun's rays penetrate through. This will create a feeling of an open market hall like that of Barcelona.”

Over at Nivy Tower, the dismantling of the J1 crane has begun. Work continues on the technological floors (30th and 31st) and also inside, as they prepare for the new tenants of the tower. 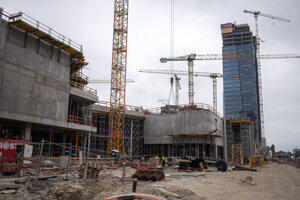 Read also:Return of public transport to Mlynské Nivy will be delayed Read more

"This includes work in the lift lobby, the stairs and the floors,” the developer said. “Also, we have not until now disclosed that there will be a fountain in front of the entrance.”

The works at Mlynské Nivy Street continue as well, with the features of the underground roundabout starting to become visible.

On Svätoplukova Street, they have almost finished the right hand turning lane to Mlynské Nivy and soon, they will soon start working on the other direction as well. This is why the traffic lane in the direction of Záhradnícka Street will be narrower.

The crossroad at Karadžičova Street is also almost completed, the developer summed up. 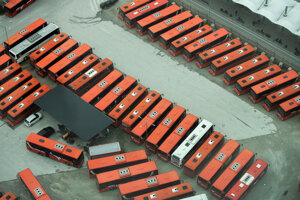 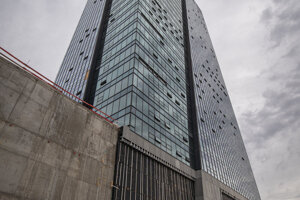 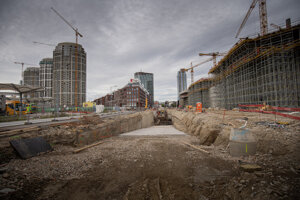