Brussels calls on Slovakia not to segregate Roma at schools

Despite adopting measures to eliminate segregation, the EC considers the steps insufficient.

Slovakia should comply with EU rules on equal treatment of Roma schoolchildren.

This stems from a reasoned opinion the European Commission sent to the country on October 10.

The EU Racial Equality Directive prohibits discrimination on grounds of racial or ethnic origin in a number of key areas of life, including education.

“In Slovakia, however, a disproportionate share of Roma children are placed in special schools or classes for children with mental disabilities, and there are also different methods of marginalisation in mainstream education by placing Roma children in separate Roma-only classes or in Roma-only schools,” the EC explained. 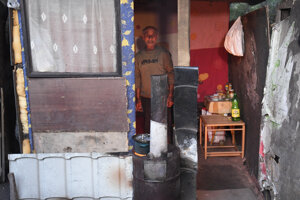 The EC already sent a formal notice to Slovakia in April 2015. Though the country has undertaken several measures intending to tackle the problem of Roma discrimination, the EC concluded, after “carefully assessing the measures and monitoring the situation on the ground”, that they are not yet sufficient.

“School discrimination on the grounds of ethnic origin remains a serious issue,” the EC continued.

Slovakia now has two months to respond and take the relevant action. If it fails to do so, the EC may decide to refer the matter to the Court of Justice of the EU.

The ministry will respond later

The Education Ministry will respond to the EC only after it receives the reasoned opinion and reads it, the TASR newswire reported. 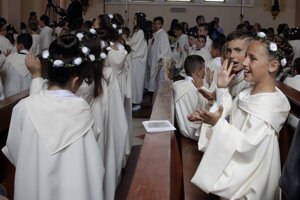 Meanwhile, the Slovak National Centre for Human Rights has supported the call.

“The centre will closely monitor, evaluate and subsequently inform the EC about specific steps adopted by respective authorities,” said its executive director Katarína Szabová, as quoted by TASR.

The centre expects a proactive approach of both the state and municipalities that will take the EC call into consideration.

Read more articles by the topic
This article is also related to other trending topics:
Education