Nicholson: Only a naive person would believe anything has changed

A former Slovak Spectator and Sme journalist wrote a book about the Gorilla file.

Related: Leaked recording I Opinion I Voices authentic I Gorilla quotes I Q&A I Protests planned I Nicholson interview 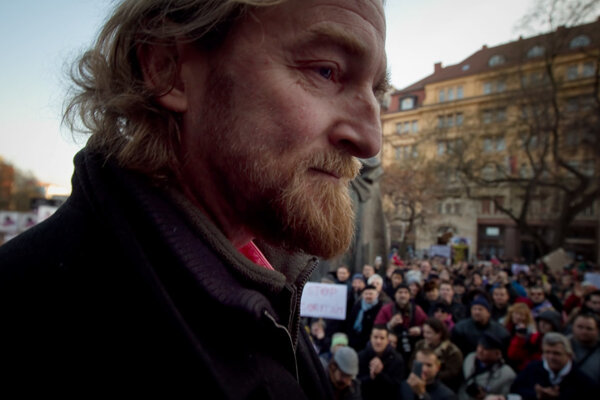 Fifteen years after the Gorilla recording was made, Tom Nicholson says that its content is no longer dangerous, Penta’s credit is damaged and it is important to get Smer out of power.

-What does Nicholson think about the Gorilla recording?
-Who could have leaked it?
-How could the recording harm Smer?
-Which politicians knew about Gorilla and did nothing?
-Why did he leave Slovakia last year and will he ever come back?
-What is his message to people in Slovakia?

The recording of the conversations from the Vazovova Street apartment that were the basis of the Gorilla file were leaked to the public on Wednesday. Have you heard it yet?

Tom Nicholson (TN): I have downloaded it and have taken a peek.

What do you think about it? 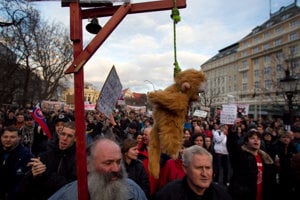 TN: Since I know several of the protagonists in Gorilla, like Anna Bubeníková, it seems that those are really their voices. I think the recording is very close to the analytical file that was made by Peter Holubek. It seems trustworthy to me.

Who might have had an interest in publishing the recording?

TN: I think that it could be someone close to the families of the murdered journalist Ján Kuciak and his fiancée Martina Kušnírová. Publishing the recording is obviously favourable for the newer political parties. The aim is to remind people that Smer is still the same as before.

is a former investigative reporter for Sme. He was the first journalist who got hold of the Gorilla file and wrote about it. In 2018 he returned to Canada and now works in social services, taking care of older men. He is writing a book about Slovakia, called Jungle, to be published next year. His former wife and mother of his two children is Lucia Ďuriš Nicholsonová, now an MEP for SaS.

The only active politician who appears on the recording is Smer chairman Robert Fico. He said on Wednesday that even if it was true that it is him on the recording, he did not commit anything unethical, let alone illegal. Do you agree with him?

TN: That’s an absurd statement. It must be plain to see to all those who are listening to the recording that it is not okay. A recording like this, such a clear piece of proof, has not been here before. There was the recording of the voice resembling the voice of Robert Fico, but it wasn’t something we could write about as clearly as we can now, thanks to the recording. You can normally write that Fico was at the flat at Vazovova and talked about murky deals. Slovakia has never had such a chance to point out the evil as it has now.

Can the publishing of the Gorilla recording now, before elections, harm Smer, like it harmed the SDKU of Mikuláš Dzurinda in 2011, practically obliterating it from the political map of Slovakia?