Prosecutor brings charges against Kočner in the Kuciak murder case

Apart from Kočner, three other people were formally charged. 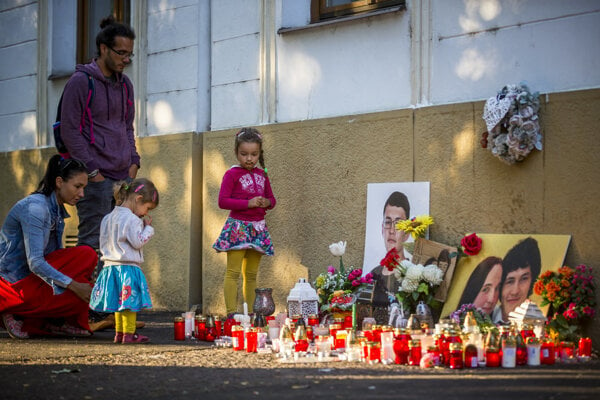 The Special Prosecutor’s Office filed charges against Marian Kočner and another three people in the murder case of investigative reporter Ján Kuciak and his fiancée Martina Kušnírová on October 21.

The information was provided to the TASR newswire by the spokesperson of the Special Prosecutor’s Office, Jana Tökölyová.

The three others charged have been identified as Alena Zsuzová, Miroslav Marček, and Tomáš Szabó.

Zoltán Andruskó, who is also suspected of taking part in the murders, has cooperated with the investigators since shortly after he was detained. He made an agreement about his guilt and punishment on October 18.

The Special Prosecutor’s Office has already submitted the agreement to the Specialised Criminal Court that should now decide whether it will approve it or not, TASR wrote.

25 years to life in prison 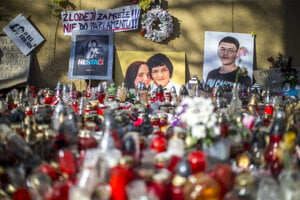 The charges submitted on October 21 concern six crimes, including two first-degree murders. One concerns Kuciak and Kušnírová, the other businessman Peter Molnár from Kolárovo (Nitra Region).

“The investigation file has more than 25,000 pages and dozens of attachments, which include seized finances and valuables,” Tökölyová said, as quoted by the SITA newswire.

The suit itself is 93 pages long. The prosecutor has proposed hearing the accused and the injured party, 24 witnesses, and several experts, along with the written testimony of another 49 witnesses, she added.

If found guilty, the accused could be sentenced to 25 years to life in prison, SITA reported.

The murder led to resignations

Kuciak and Kušnírová were murdered in their house in Veľká Mača (Trnava Region) in February 2018.

The case resulted in several mass protests, the biggest since the November 1989 revolution, which later led to the resignation of Robert Fico's entire government, and the departure of several figures from the police force, including former police corps president Tibor Gašpar.

Following the police raid in September 2018, Zsuzová, Marček, Szabó and Andruskó were detained and later charged in connection to the murder.

The police later detained Kočner, who was accused of ordering Kuciak’s murder in March 2019. He also faces charges in another case, the alleged forgery of promissory notes worth millions of euros for private broadcaster TV Markíza.

Read more articles by the topic
This article is also related to other trending topics
Ján Kuciak, Zoltán Andruskó