Kiska said no, but there are talks about a broader pre-election coalition across opposition parties. 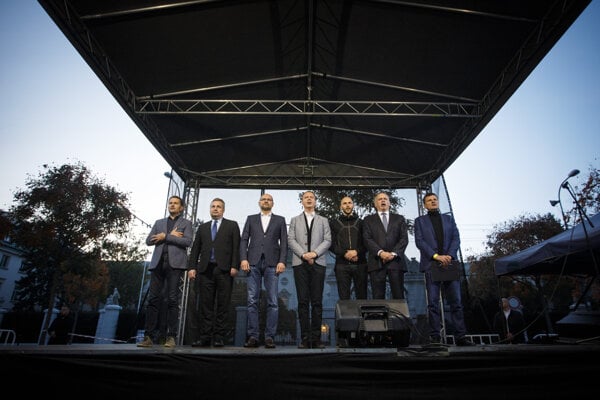 The leaked Gorilla recording joined the opposition together for a while. Just before the For a Decent Slovakia protest in Bratislava on October 18, several opposition leaders stood together on one stage in front of the Government's Office where they organised a public screening of the leaked recording.

The recording was played and stories from the media were read aloud. Politicians held speeches.

“I know that scepticism lingers in our society but I assure you, change will happen,” Michal Truban said on the stage. “When we unite and pull together, we will change this system.”