The leaked Viber communication between the two ran from 2014 to 2017. 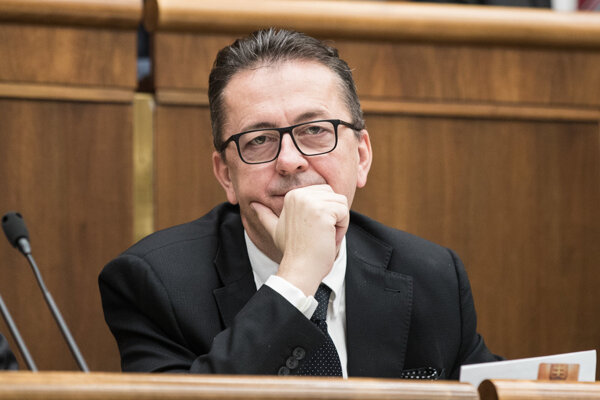 Ordinary People and Independent Personalities (OĽaNO) chair Igor Matovič has published the second part of the communication between Deputy Speaker Martin Glváč and businessman Marian Kočner through the Viber app.

“The public has the right to know what a perverse mafia lackey we have in the post of deputy speaker,” Matovič said when he published the texts, as quoted by Sme.

Matovič published the first part on October 22, which reveals Kočner was to get a made-up interview with Glváč published in the Plus 7 Dní weekly (published by the Penta-owned News and Media Holding) to improve Glváč’s damaged image in the eyes of the public. The messages suggest Glváč wrote the interview himself.

The second part of the communication, namely 900 texts from between 2014 and 2017, talks about Kočner's and Glváč’s plans regarding who will become the vice-president of the Financial Administration (FS), who will head the military hospital in the central-Slovak town of Ružomberok, and what the government will look like after the 2016 elections, among other things. 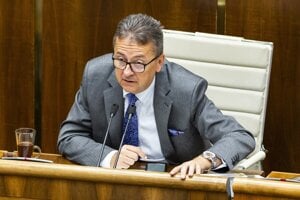 The OĽaNO chair has not specified how he obtained the communication, which Glváč did not deny altogether, but has questioned it. He insists nothing in the texts discredits him.

"The published communication and the assessments of Igor Matovič do not match reality," he wrote in his reaction on Facebook.

Glváč will file a criminal complaint against Matovič, as he said on October 23.

The communication also suggests that Glváč was not telling the truth when he said that he met Kočner for the last time in January 2012. The transcripts mention at least three or four others meetings after that time.

One such meeting reportedly took place in May 2016 in the office of former Financial Administration head František Imrecze, who rejects this claim. He added he does not know and has never met with Kočner.

The day after the meeting, Dušan Pátek became a new FS deputy head. Imrecze refused to say who had come up with Pátek as a new deputy. Pátek declined to comment as well, calling the claim “absolute nonsense”, as reported by Sme.

Other meetings between Glváč and Kočner were to take place in June and August 2016, the latter in Croatia.

The Viber communication also suggests Glváč could have assisted Kočner in the Gatex case, in which the businessman now stands accused.

Kočner was to recommend an SIS deputy

The communication published by Matovič on October 23 also shows that Kočner was furious with Glváč after he had told businessman Fedor Flašík it was Kočner who proposed a new Slovak Information Service (SIS) deputy head.

The SIS has said, in its statement, no staff changes occurred as described in the alleged communication between Kočner and Glváč around the time the communication happened.

“In this part, the content of that communication does not objectively correspond with reality,” SIS spokesperson Branislav Zvara said, as quoted by Sme.