Each book is produced by a different duo of Slovak writers and illustrators. 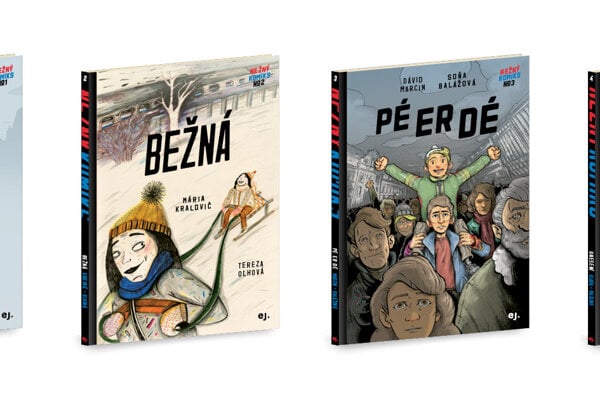 Their aim is not to replace school textbooks, nor do they offer a perfect depiction of history. Instead, they offer stories, stories from the recent past.

This is how Velvet Comics – a series of four comics about the 1989 Velvet Revolution in then Czechoslovakia - is described by its authors.

Jana H. Hoffstädter, founder of E.J. Publishing, which is behind the series, said that by using the particular medium of comics they wanted to get young people interested in the Velvet Revolution.

“We hope this will get them interested in the revolution and they will ask their parents, grandparents about it, or ask questions about it in schools,” Hoffstädter told The Slovak Spectator.