Karolína Kočnerová testified in the promissory notes case as a witness of the defence. 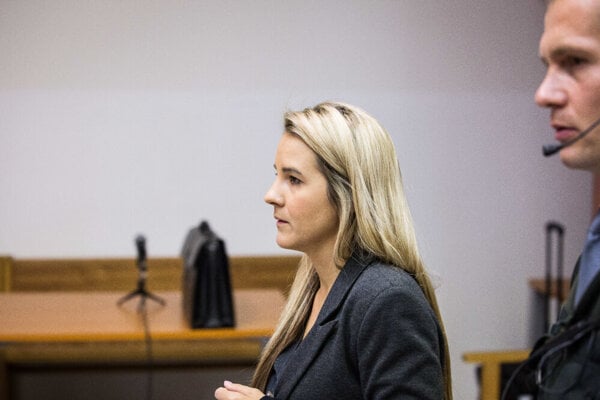 When Marian Kočner was arrested in June 2018 due to the promissory notes case currently being tried in court, he left his villa in a good mood, waving at journalists.

On November 4, 2019, his daughter Karolína Kočnerová came to the promissory notes case trial as one of the witnesses and she described what happened after.

Immediately after her father was arrested, she was contacted by one of Kočner’s co-workers, former journalist and SIS-worker Peter Tóth, Kočnerová told the court as reported by the Sme daily.

Tóth did the cleaning

“He called me that my father was arrested and it would be good to go home and clean there,” Kočnerová said, as quoted by Sme. They asked the cleaning lady to let him in.