Velvet Revolution anniversary will be celebrated around Slovakia

The Government's Office will hold its own event. Gatherings on the squares will commemorate 30 years since the fall of communism in Czechoslovakia. 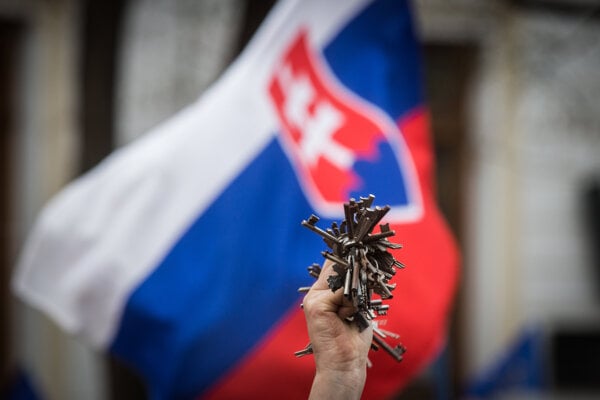 Two gatherings in two different Bratislava squares and two ceremonial events in one building. The government, opposition, NGOs and the For a Decent Slovakia movement are organising their own event to mark the 30th anniversary of the 1989 Velvet Revolution, which toppled the totalitarian regime of former Czechoslovakia. Some events are overlapping, the Sme daily reported.

The main event organised by the state on November 17, a national holiday, will be a memorial event in the new building of the Slovak National Theatre. The Government's Office under PM Peter Pellegrini has already invited Czech PM Andrej Babiš. The Slovak-born millionnaire is also featured on the list of collaborators of the communist-time secret service StB, Sme noted. 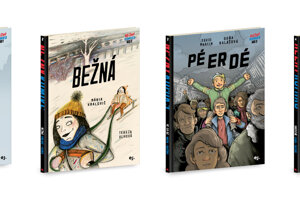 Related story:Comics tell the story of the Velvet Revolution for those who were not there Read more

Babiš’s spokesperson Jana Adamcová confirmed that he will celebrate the anniversary in Slovakia. Pellegrini will meet with Babiš in Prague where the Czech PM invited all the PMs of the V4 countries on November 17.

The same theatre building will host another event between 16:00 and 17:30, the ceremony of the White Crow awards that takes place every year on this day. The award, given out by non-governmental organisations, goes to whistleblowers and people who have contributed to transparency and fighting corruption in Slovakia.

President Zuzana Čaputová will commemorate the anniversary with Czech President Miloš Zeman on November 16. Zeman will come to visit Slovakia on the occasion of opening the Czech House and they will also symbolically recall the revolution.

The president's spokesperson Martin Strižinec said that her office is not planning any events. 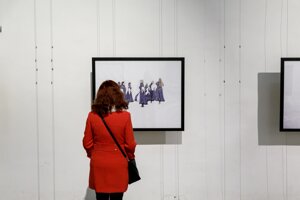 Citizens on the streets

SNP Square will be occupied by people participating in the event of Ordinary People and Independent Personalities (OĽaNO) leader Igor Matovič. His party booked the square as early as July, to the dismay of some leading personalities of the revolution, such as Fedor Gál, or the For a Decent Slovakia movement, which has been organising major protest gatherings in Slovakia following the murder of journalist in February 2018.

The movement’s spokesperson Eva Lavríková said they will organise several events around Slovakia. Some will take place on November 15. In Bratislava, it will be on November 17 at Freedom Square.

Both squares are in the centre of Bratislava.

In addition to the main programme, the Culture Ministry is also the organiser of cultural events, such as the State Chamber Orchestra concert in Žilina on November 21 or the State Opera of Banská Bystrica on November 16.

The Slovak National Theatre (SND) will host ten discussion events during all November.