Opposition will not join forces before the 2020 election

The blame has been laid at the feet of Andrej Kiska. 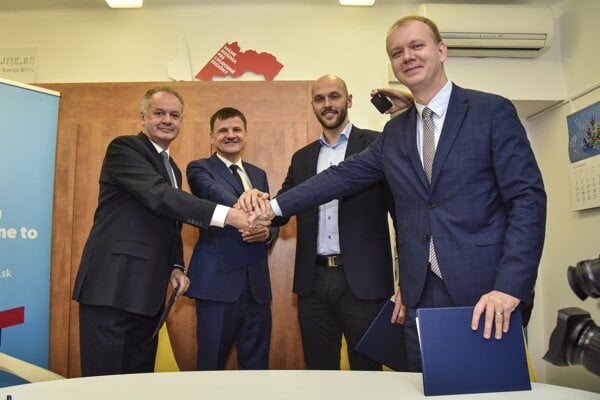 Andrej Kiska (Za ľudí), Alojz Hlina (KDH), Michal Truban (PS) and Miroslav Beblavý (Spolu) sign an agrement that the parties will not attack each other before the 2020 elections on November 11, 2019 (Source: TASR)
Font size:A-|A+

Opposition parties failed to agree on creating an electoral coalition ahead of next year’s general election.

“Za Ľudí will stand in the elections alone although we have done all we could to create the Bloc of Change,” the party’s chair and ex-president Andrej Kiska wrote on Facebook after the November 21 meeting. 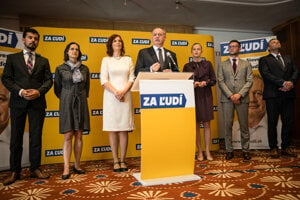 Kiska had hoped to create a bloc of six opposition parties, involving Za Ľudí, Progressive Slovakia (PS) and Spolu, Freedom and Solidarity (SaS), the Ordinary People and Independent Personalities (OĽaNO), and the Christian Democratic Movement (KDH). The main goal was to prevent the ruling Smer party and far-right People’s Party – Our Slovakia (ĽSNS) forming a government after the 2020 election.

“We have been consistently open to joining forces,” the PS/Spolu coalition told the Denník N daily.

Several opposition parties have already held a number of talks on forming the potential electoral coalition. The KDH earlier refused to form any coalition though.

The SaS and OĽaNO had embraced the same attitude as the KDH until recently.

“A pity, Andrej!” SaS chair Richard Sulík wrote on Facebook, replying to Kiska’s decision. He reiterated at the party’s press conference on November 21 that the SaS will run in the elections independently. 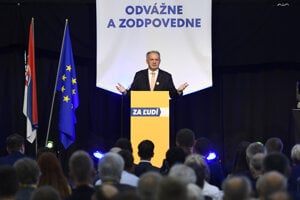 OĽaNO chair Igor Matovič described Kiska’s idea to create a six-party electoral coalition as a “stupid” proposal because many people would not vote for such a broad coalition.

“We would help the mafia instead,” he added on Facebook.

Matovič admitted he would be willing to join the coalition in the case of “ a general interest” after all, despite not being present at today’s meeting.