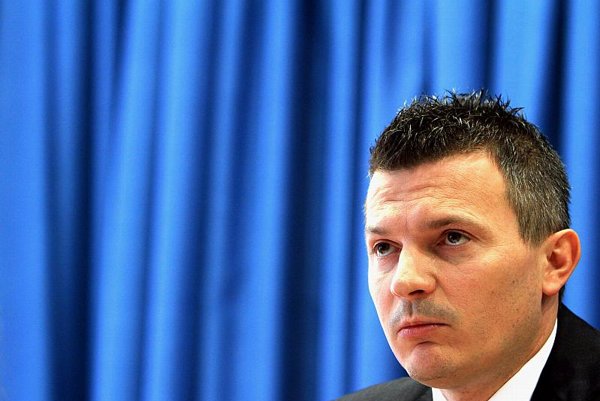 Two scandals of the first government of Robert Fico, the Tipos case and the case of the sale of emissions quotas, were thrown into a new light after the most recent leak from the video archive of Marian Kočner.

On Friday, November 29, the Denník N daily published part of a video recording that captures a conversation between Dobroslav Trnka as general prosecutor and Ján Počiatek, former prominent Smer politician, as finance minister. The daily reported that their meeting took place most likely in January 2009. It was recorded with a hidden camera that Kočner installed in Trnka's office.

The recently leaked video is also part of the Kuciak case file, Denník N wrote. The National Criminal Agency (NAKA) confirmed to Denník N that they are leading a criminal prosecution due to the video and are currently gathering evidence.

On the approximately 45-minute recording, the two men don't act like state officials: they use obscene language, smoke in Trnka's office, and drink shots even though it's just morning, Denník N wrote. The highlights of their conversation are the Tipos case and the emissions quotas case.

-currently active in IT business

"We need you to, sort of, say it in a way that will not make us appear like d**ks," Počiatek tells Trnka on the recording published by Denník N.

He also asked Trnka if the Supreme Court rather not rush the case, to make sure the public forgets it. Trnka promised to do so through some people he knew at the court.

"It doesn't matter at all what the truth is, only what you say," Počiatek told Trnka.

The long-running legal dispute began in 2000 when a Czech company, Športka, filed a €10-million suit against the state-owned lottery company Tipos. They claimed Tipos was using Športka’s know-how in Slovakia’s lotteries and games of chance.