Strange parallels as Britain and Slovakia go to the polls

‘Who should I vote for?’ Slovak friends sometimes ask. I am in no position to offer advice any more. 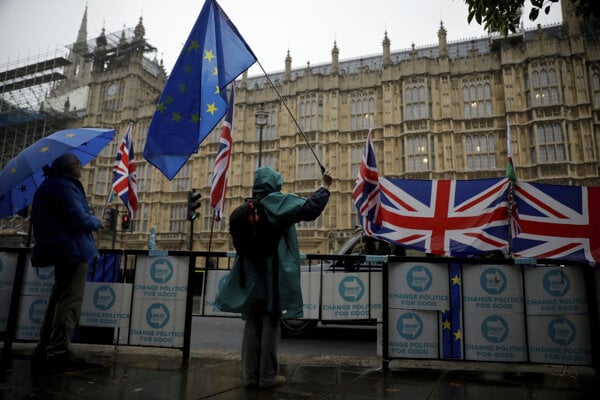 The idea of demonstrators waving EU flags in Westminster would have seemed faintly ridiculous before 2016; now it is a common sight at moments of parliamentary drama. (Source: AP/SITA)
Font size:A-|A+1

At the heart of the Brexit fiasco lies a paradox. The vote to leave Europe has made Britain more European.

This applies to the attitude of its citizens, most of whom (at least in England) gave little thought to their European identity before 2016.

The tortured debate over Brexit has left a significant minority more vociferously European now than ever before. The idea of demonstrators waving EU flags in Westminster would have seemed faintly ridiculous before 2016; now it is a common sight at moments of parliamentary drama.

But while opponents of Brexit communicate a message of appreciation to Europe, political practices which would be more familiar to Slovak voters seem to have been travelling in the opposite direction.

Read more articles by the topic
This article is also related to other trending topics: Election, Brexit