Many parties have already started their campaign. 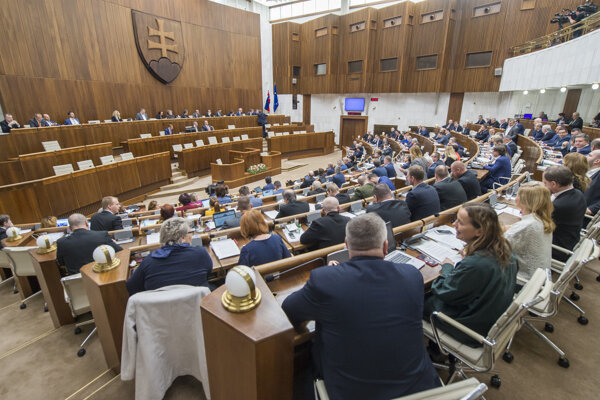 Parties have already submitted the lists of candidates they are betting on in the upcoming parliamentary elections.

Altogether 25 political parties have submitted their slates by the deadline on the first day of December. The elections are scheduled to take place in Slovakia on February 29, 2020.

Polls of voters' preferences show that eight or nine of the parties running for parliament could make it across the 5-percent threshold. Here is an overview of the biggest among them:

Smer has started the campaign with new billboards, new logo and slogan. The billboards show the face of PM Peter Pellegrini. Smer's former logo, a green arrow pointing to a red rose, was replaced with a red-blue arrow pointing up. The billboard sports the slogan “responsible change”, a catchphrase that Smer politicians have been using for weeks now. Instead of “Smer” the name says “Nový Smer”, which in Slovaks means "the new Smer". 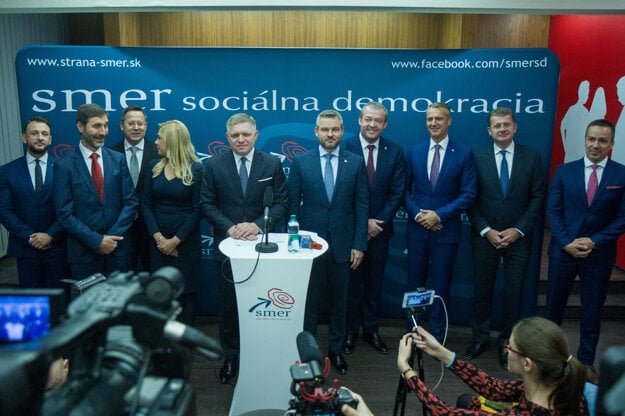 Slovak National Party started the campaign with a billboard carrying no names and faces. It says “For a family, for a Nation,” in the white-blue-red national colours. The fact that the folk pattern that they used for the billboard is a Moravian folk pattern was pointed out when the billboards first came out. 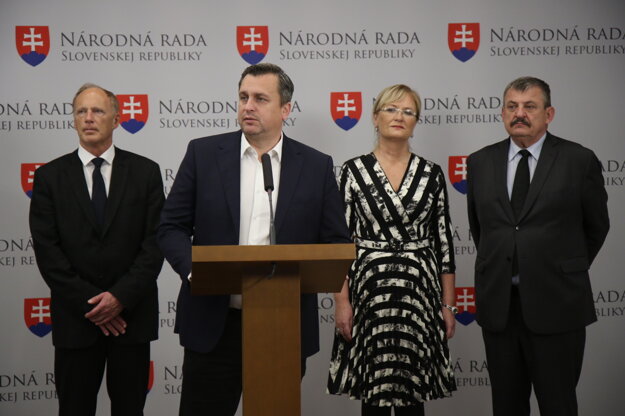 Chair Béla Bugár is not going to be a leader of the candidate list, replaced by Árpád Érsek. Polls now place Most-Híd outside the parliament. There were discussions with other Hungarian parties representing the Hungarian minority about a common slate, but in the end it was unsuccessful. 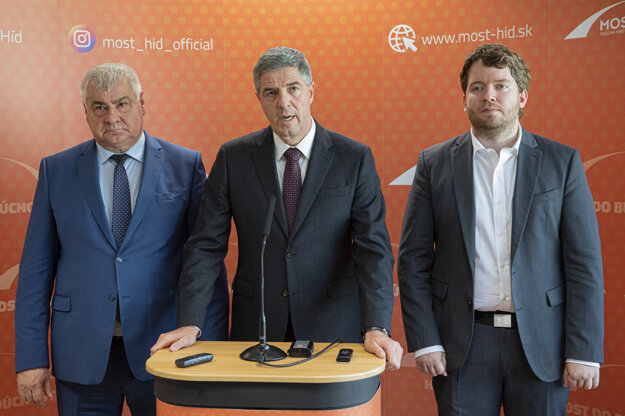 The once strongest opposition party is struggling for survival in the polls, after several of its biggest names, including some MPs, decided to leave in October and form their own party. The billboards of the party say less state, lower taxes, with Richard Sulík’s face beside the words. 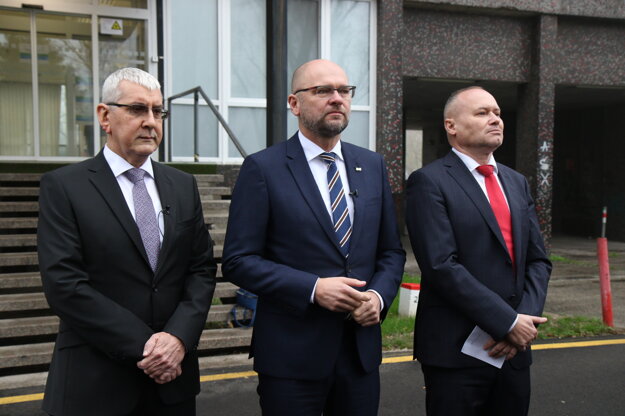 Igor Matovič is known for not putting politicians in the leading positions of the slate. He picked a teacher who is not known to the public, Mária Šofranko. OĽaNO is also balanced on the electability threshold. 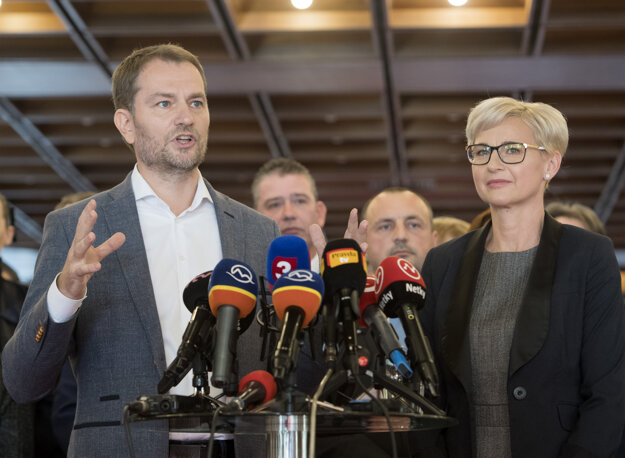 The Far-right People’s Party Our Slovakia is now established in the Slovak political scene – the polls regularly show its support at around 10 percent. The billboards of this party say that they will take money from oligarchs and give them to mums, dads and seniors, or promise cheaper electricity, gas and water. 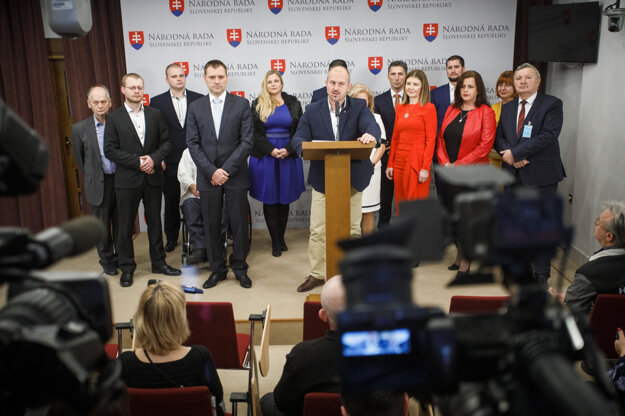 The billboards of Sme Rodina depict Boris Kollár with the motto “I am not like them. I think with my heart.” Polls suggest that Sme Rodina might be a decisive element, or a tipping point: without it, neither the democratic opposition nor Smer with some of its allies could form a government. 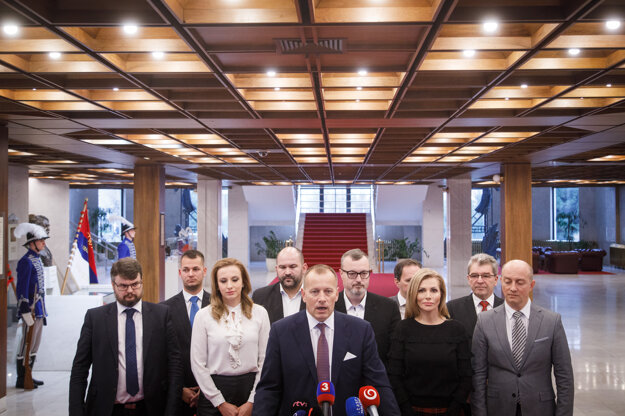 Announced in April, established in September and still growing. Numbers of support for a new party of the former president were not favourable at first but in the latest poll conducted by AKO, the party exceeded Progressive Slovakia/Spolu in terms of voters' support and placed second after Smer. 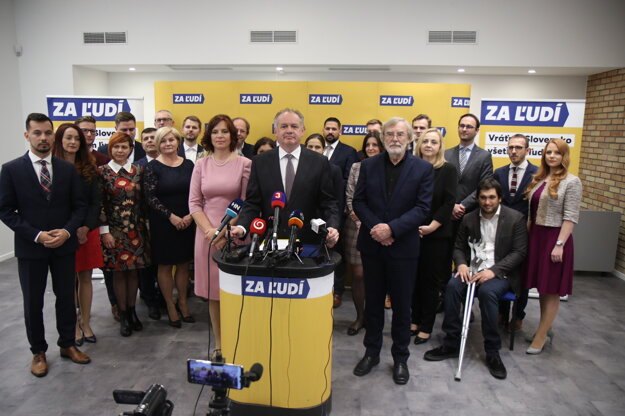 Progressive Slovakia & Spolu marked success after the presidential election when their candidate Zuzana Čaputová won, as well as in the EP election. After long months of growth, it is now stagnating after the drug-related allegations against its leader Michal Truban. In the latest AKO poll, Kiska’s party for the first time got ahead of PS/Spolu. 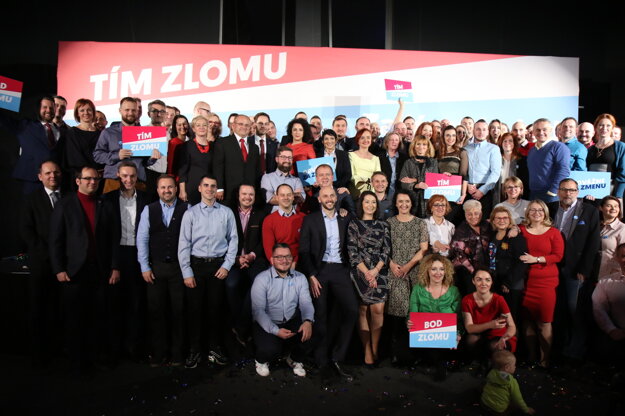 KDH failed to make it to parliament for the first time in its history in the 2016 election. Since then, the party changed its leader and has stabilised its preferences in polls just over the threshold. The billboards by now only say: Restart hope for Slovakia, without ascribing it to a party or specific name. KDH is using the same visual on its website. 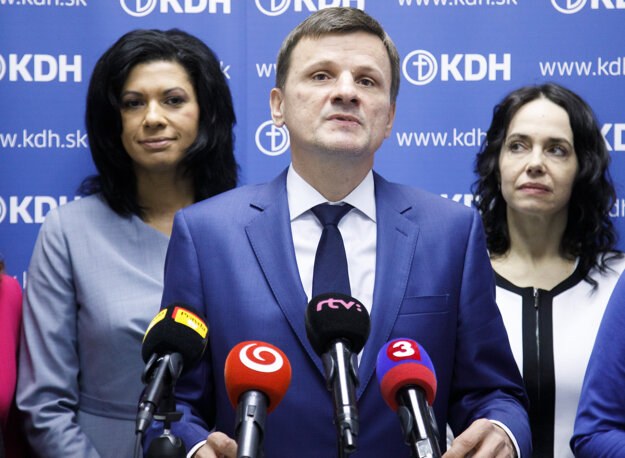 The unsuccessful candidate from the presidential election and former Supreme Court judge is the leader of the slate with a conservative and nationalist-oriented programme, as he defines it. On the billboards of this party Harabin appears with the motto “They stole our homeland, let's give it back to the people!” or “The homeland is justice for everyone” or “The homeland is right for everyone”, stressing the name of the party Vlasť (homeland). 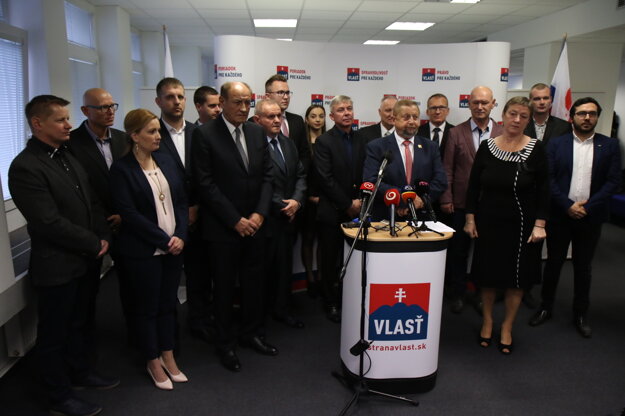 The new party of the former minister of health and interior has appealed to several former MPs of Most-Híd. The team also has well-known expert on the criminal law Lucia Kurilovská. The billboard of this party promises “A new hospital in every region is your Good Choice” (the name of the party), with Tomáš Drucker’s face on it. 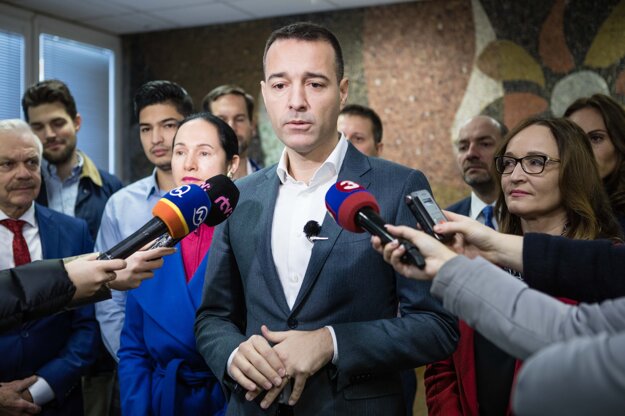