Počiatek on the record, no to the Istanbul Convention and candidate lists submitted. 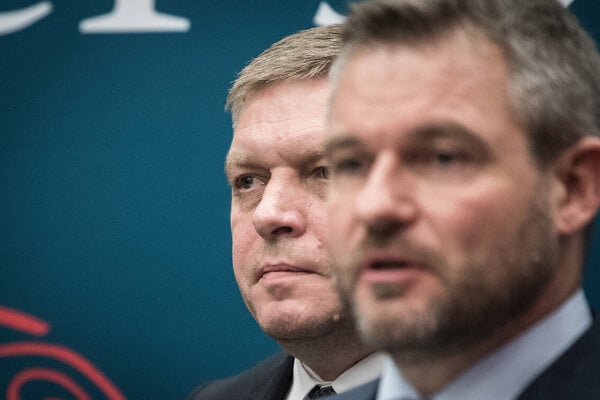 Ján Počiatek, as finance minister back in 2008, poses with a mock-up of a Slovak euro coin in Brussels after the final crown–euro conversion rate was confirmed. (Source: Sme - Jozef Jakubco)
Font size:A-|A+9

Another week, another recording. The latest leaked video recording was shot with the camera that Marian Kočner hid in Dobroslav Trnka’s office. On it, Trnka, who then served as general prosecutor, and former finance minister Ján Počiatek discuss the circumstances of the transfer of millions from the state-run lottery, Tipos, to the enigmatic Cyprus-based shell company Lemikon in 2008. 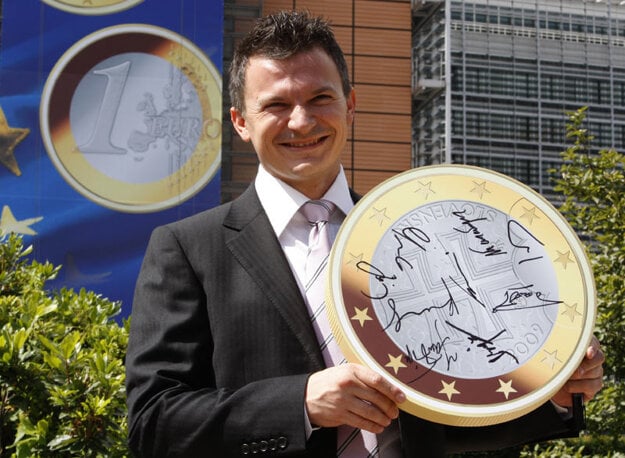 Ján Počiatek as finance minister in 2008, posing with a mock-up of a Slovak euro coin in Brussels after the final crown–euro conversion rate was confirmed. (Source: Reuters)

Počiatek, who is no longer active in politics, took a few days to dismiss the video. He did not deny its authenticity, but his response suggested it was simply locker room talk. The kind where money is the thing that excites and corruption is lauded, as any viewer of the video quickly understands. They also talk about another major corruption scandal: Počiatek, with what sounds like a pang of jealousy mixed with admiration, mentions how Andrej Danko’s predecessor as SNS chair, Ján Slota, earned money through the emissions quotas deal, one of the biggest scandals that Fico’s first government faced.