Smer plans to initiate a session of the parliamentary defence and security committee. 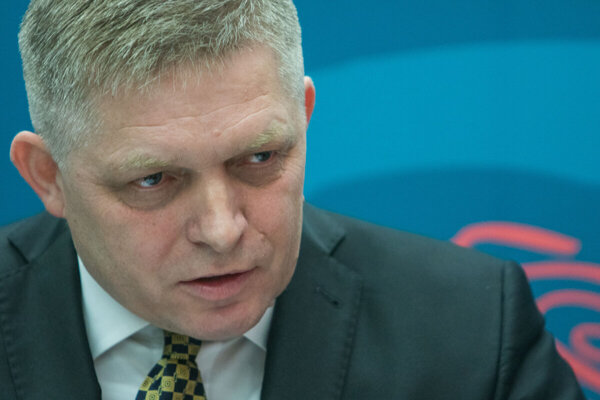 Three-time prime minister Robert Fico could face time in prison for defending a former far-right MP in a video.

“Milan Mazurek only said what nearly the whole nation thinks,” Fico said in a video published on Facebook on September 6. “If you punish someone for telling the truth, you make him a national hero.”

“Although the Supreme Court decided that the extremist statements of ex-MP Milan Mazurek are a crime and he was sentenced for them, Robert F. is said to publicly agree with them and share his opinion on the social networks,” the police wrote on Facebook.

If he is found guilty, Fico may spend one to five years in prison.

NAKA already investigated the statements shortly after the video was published but decided not to prosecute him.

This decision has recently been cancelled by the prosecutor of the Special Prosecutor’s Office, who said it had been unfounded, and ordered the NAKA investigator to deal with the matter again, the Noviny.sk website reported.

In the video, the Smer chair was responding to the September ruling of the Supreme Court that found Mazurek, a member of the far-right People’s Party – Our Slovakia (ĽSNS), guilty of defamation of nation, race and belief. 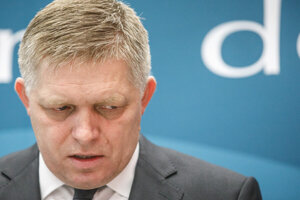 Moreover, he was ordered to pay a fine of €10,000 for statements he made in October 2016 on the radio station Rádio Frontinus, based in Žilina.

Since Mazurek was convicted of an intentional crime, his parliamentary seat was revoked.

Although Fico claimed that he respected the Supreme Court ruling, he suggested it was issued under media pressure. He opined that following the ruling, the preferences for Marian Kotleba’s ĽSNS will only increase.

PM respects decision of prosecutor’s office and the police

PM Peter Pellegrini (Smer) did not want to comment on the decision to prosecute Fico. He did add though that the decisions of the prosecutor’s office and the police must be respected.

“The police follow the instructions of a prosecutor, and the prosecutor probably has a reason for this,” Pellegrini said, as quoted by the TASR newswire. “We must respect it, conform to the decision, and be maximally cooperative regardless of being a prime minister, a party chair or an ordinary employee. There should be no differences if we want to say that Slovakia respects justice and the rule of law. We have to respect it.”

Speaker of Parliament and chair of the Slovak National Party (SNS) Andrej Danko commented that the charges prove the state is working.

“The law applies to everybody in Slovakia as you can see,” he told the press. “The rule of law is working.”

His party colleague Anton Hrnko, however, considers the charges to be bullying. He also described the words Fico used to defend Mazurek as piffle.

Another coalition party, Most-Híd, pointed to equality before the law and the fact that justice is a must in every democratic society.

“The same applies to politicians and political parties that respect the actions and the decision of a prosecutor, both in the case of Milan Mazurek and Robert F.,” reads the party’s statement provided to the SITA newswire.

As for the opposition, the chair of Freedom and Solidarity (SaS) Richard Sulík considers the current happenings in the country insane. He pointed to several ailments such as corruption and the low trust the people have in state authorities.

“And Fico, the originator of the evil, who drew thieves and oligarchs into politics, is accused of defamation of race,” he commented, as quoted by TASR.

The chair of another opposition party Sme Rodina, Boris Kollár, said that a person should not be prosecuted for his opinion, adding that the law based on which Fico is being prosecuted was approved by himself.

Michal Truban, chair of the non-parliamentary Progressive Slovakia stressed that the law should be applied in the same way to everybody and expressed the hope that Fico will face charges for other crimes he has committed. Miroslav Beblavý of Spolu also said that there is much to be investigated in Fico’s case.

Smer talks about the attack

Fico refused to comment on the charges and ran from the journalists who tried to get some response from him.

Instead, the press conference was organised by the Smer caucus, with several MPs defending him. They call the accusations a targeted attack on both Fico and the whole party.

“We say a clear ‘No!’ to the charges against Robert Fico,” said Smer deputy chair and MP Juraj Blanár, as quoted by TASR.

They plan to initiate a session of the parliamentary defence and security committee, to ask Special Prosecutor Dušan Kováčik and Police Corps President Milan Lučanský about the matter.

“We all agree with what Robert Fico said,” Blanár told the press conference.

Earlier that day, Smer MP Martin Glváč, who stepped down as deputy speaker of parliament after his conversation with Marian Kočner leaked, commented on the accusations.

“Police officers and prosecutors should deal with other crimes that are flagrant,” he said, adding that he is not afraid that Fico will go to prison.